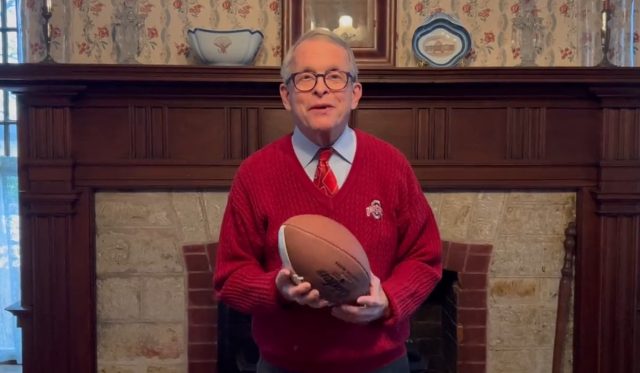 (COLUMBUS, Ohio)—Ohio Governor Mike DeWine and Georgia Governor Brian Kemp placed a friendly wager ahead of the College Football Playoff semifinal between The Ohio State University and the University of Georgia at the Chick-fil-A Peach Bowl.

This year, Governor DeWine offered some of Ohio’s famous buckeye candies from Marsha’s Homemade Buckeyes in Perrysburg; Stewart’s Root Beer, which was founded in Mansfield, Ohio, in 1924; and some Ohio maple syrup made by Governor DeWine’s son John DeWine at Flying Mouse Farms in Yellow Springs.

The friendly wager was announced on Twitter with videos from both Governors: