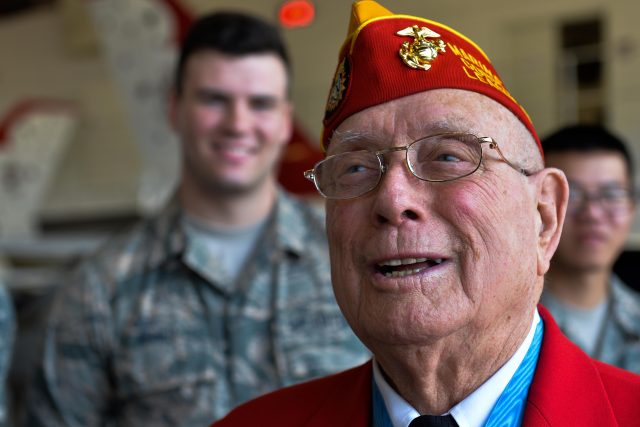 OHIO – Gov Dewine has sent an offical letter to President Trump to request the consideration of a WW II Veteran Hershel “Woody” Williams for Presidential Medal of Freedom.

Dewine says in his letter that Williams is the sole Marine survivor from World War two that has been awarded the Medal of Honor for his actions in Battle of Iwo Jima.

Williams at 96 the Governor continues is still active with gold star families and serve others. Williams have established 61 memorial monuments, eight in Ohio with 78 still in progress.

Williams that has his own Wikipedia page, and according to it, earned his medal of honor in February 21, 1945 when his Battalion was pinned down in my machine gun fire and through improvisation the team was able to form a successful attack against the enemy that causes all of his Battalion to become casualties. He used his flamethrower to kill all the remaining enemies by going back and forth to refuel the weapon four times under gunfire. To read his complete bio click here: https://en.wikipedia.org/wiki/Hershel_W._Williams

To read the Gov. full letter below: 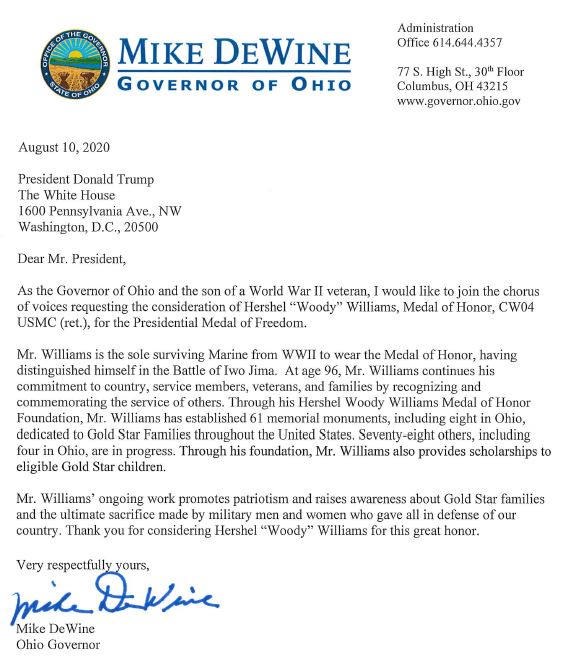