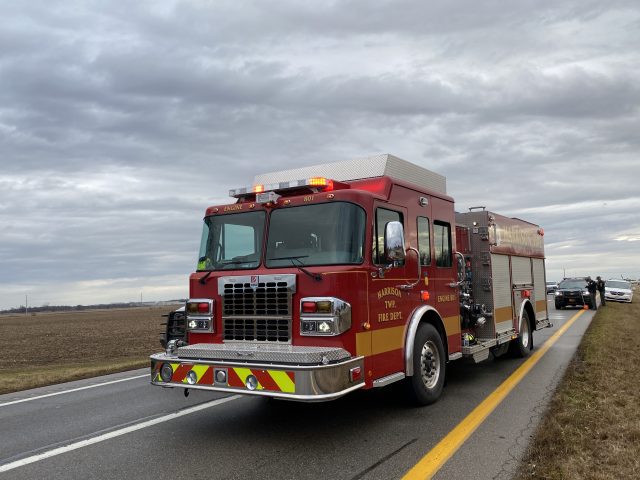 At the April 5, 2022, Harrison Township Board of Trustees meeting, Fire Chief Chad Noggle submitted his Letter of Intent to Retire. The letter stated that his last day of service will be June 3, 2022.

In his letter to the Board, he stated that he felt it an honor to serve the community in which he grew up. He thanked the fire department members who came before him that built the foundation of the Harrison Township Fire Department. Chief Noggle started at Harrison Township FD on June 3, 1991, at the age of 19, as a volunteer. He was hired on December 1, 1994, as a full-time firefighter, promoted to Lieutenant in February 2001, Captain in May 2007, and Fire Chief in July 2018. Chief Noggle is the last remaining member to start his career at Harrison Township FD as a volunteer.

In his address to the firefighters, he said it was a “dream realized as a teenager” to become a Harrison Township Firefighter. He encouraged them to always remember why they got into the fire service and keep the brotherhood alive.

Harrison Township Trustees, Bill Welsh, Jim Deal, and Donnie Mayse, said Chief Noggle is a great leader within the Fire Department, as well as the community, and will be greatly missed. We wish him well in his retirement.

Further details about Chief Noggle’s replacement will be announced in early May.