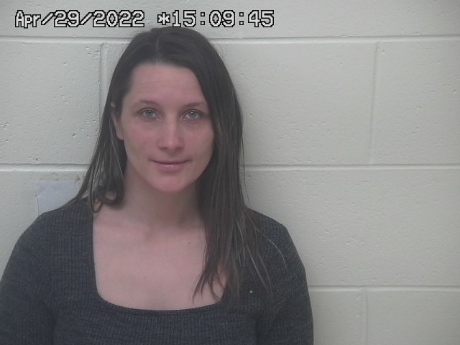 Scioto County Sheriff David Thoroughman stated that his office was contacted on February 28, 2022 by Nationwide Children’s Hospital in Columbus, Ohio. They stated that they had a 16-month-old child brought to the hospital with injuries consistent with possible child abuse.

Sheriff Thoroughman stated that a detective was assigned the investigation, taking them to Nationwide Children’s Hospital to collect evidence and speak with witnesses, to include hospital staff and the mother of the child.

Sheriff Thoroughman stated that Detective Sergeant Jodi Conkel, working jointly with the Scioto County Prosecutor’s Office Special Victim’s Unit and the Scioto County Children Services, submitted this case to the Scioto County Grand Jury on Friday, April 22, 2022. As a result, an indictment warrant was issued for the mother of the child.

Sheriff David Thoroughman stated that this is still an ongoing investigation which could result in more charges being presented to the Scioto County Grand Jury on a later date.
Anyone with information should contact Detective Sergeant Jodi Conkel at 740-351-1091