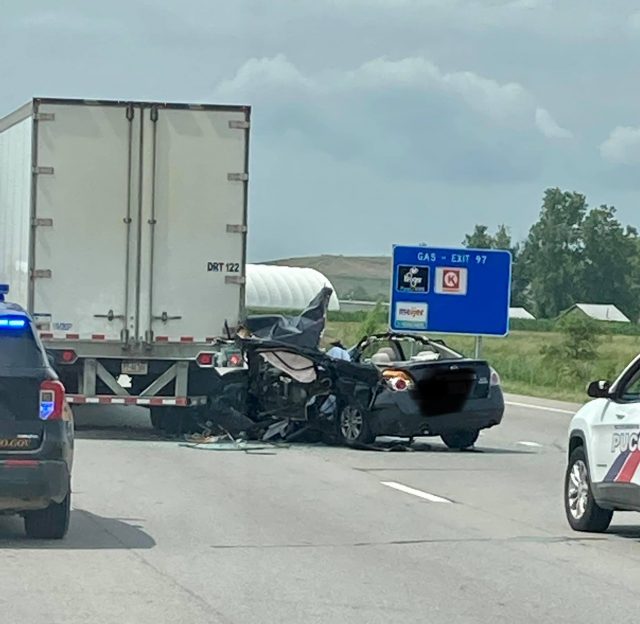 According to the department, the crash occurred at approximately 10:33 am in the Southbound lanes of I-71 just North of 665 outside of Grove City. A black Nissan Altima was heading southbound on the interstate and failed to stop for slower traffic and struck a tractor-trailer from the rear. When emergency personnel arrived they pronounced the driver dead on the scene. There were no other occupants in the vehicle. The driver of the tractor-trailer was injured.

Franklin sheriff is currently holding the identity of the person pending notification of family. The wreck is still under investigation