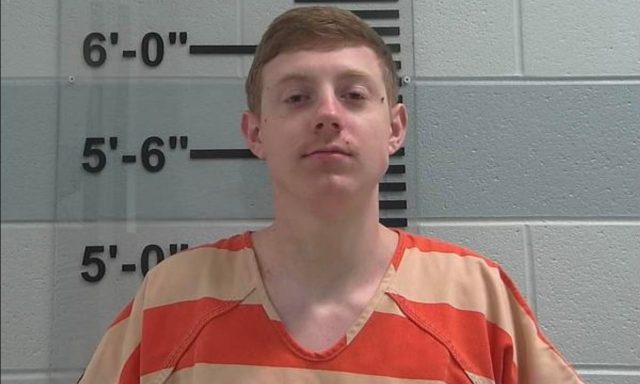 Fairfield county – A man was found guilty of impersonating an officer when a sheriff’s Deputy saw the man attempt to perform a traffic stop in the county.

According to the Fairfield county sheriff’s office on September 3rd, 2022, a Deputy was driving along Pleasantville road when he witnessed an SUV passing a small truck on double solid lines. The officer then wrote in the report that the driver of the SUV had his window down and was staying beside the truck giving orders to the driver of the pickup truck. He then passed the truck and slammed on his brakes trying to get the truck to stop or slow.

The Deputy then turned on his lights and pulled the two vehicles over. In the report the suspect identified as Dalton Kristopher Hines jumps out of his SUV and yells at the officer, but the officer tells him to get back into the vehicle. When the officer approaches Hines is indignant and says that he should be part of this traffic stop. He then tells the officer that he was attempting to pull the vehicle over for recklessly driving and speeding he claims that under title 32 act he’s allowed to perform law enforcement abilities under circumstances because he is a military police officer. In the report, the deputy said that he was wearing a full military uniform.

From that point the deputy started his own investigation into what happened, Hines reported that the driver of the pickup was doing, “90 in a 45 and cutting people off,” but the deputy the pickup truck was being operated by an elderly lady that had a mattress tied on the back that was overhanging on both sides, plus the truck was described as very old, and there would be no way that it could travel that fast with that payload. When he discussed the situation with the woman she said that the driver of the SUV she thought was in a road rage incident with her because she was driving slower than the posted speed limit because she was transporting the bed.

When the deputy ran Hines’s license it came back as suspended, and he was asked to exit the vehicle. The officer then charged Hines with impersonating an officer, driving with a suspended license, and reckless operation. He had the vehicle towed from the scene.

Hines reported to the officer that he had executed traffic stops before in Lancaster and Franklin County and had been asked not to do it.

Hines was found guilty in October of the Impersonating charge and sentenced to 30 days suspended by 3 days, and two years of probation, but he was rearrested this week because he failed to comply with community service.