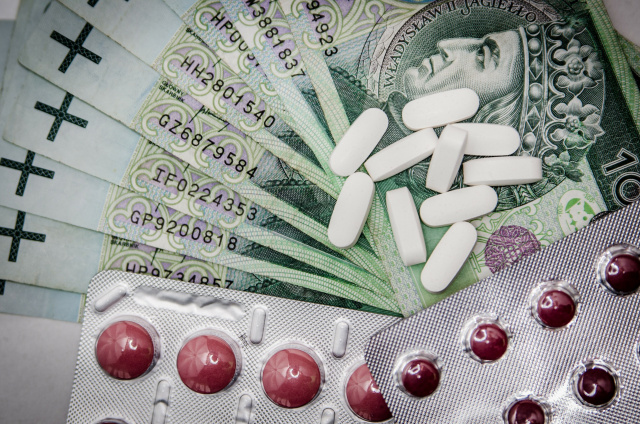 EDITORIAL: The views and opinions expressed in this comment are the views and beliefs of the writer, and may not be indicative of the staff of the Scioto Post.

Issue 2 is the costliest, and one of the most contentious issues that the State of Ohio has seen in its history. Gambling, pot, and same sex marriage votes are taking a historical backseat to the issue of healthcare in Ohio.

Drug prices along with healthcare have seen drastic increases within our lifetimes, so it only makes sense that Ohioans want to make changes to improve both quality and cost of care. Arguably, we are seeing that too on a local level with the Berger Hospital issue, taking place during this election season as well.

But not all that glitters is gold when it comes to improving healthcare costs. On the surface, the issue seems easy enough to digest: Issue 2 requires drug companies to adhere to price structures and discounts that are offered to the Veterans Administration (VA) in hopes to make prices more affordable for patients.

But should it pass, will this actually improve costs for Ohioans? The honest answer is “We don’t really know.”

When taking a statewide issue into consideration, we should seek to know what the issue does, and what effect it hopes to bring onto the citizens of the Buckeye State should it pass. This issue fails this test in both metrics.

Simply put, we do not fully know the full constraints of what group discounts the VA has attained in Ohio for medicines from pharmaceutical companies. According to a report by the Heritage Foundation in 2007, the rumored discounts are a flat-rate 24% off the non-federal average manufacturer’s price.

This sounds like a good deal for Ohioans, right? The issue is that Ohio already uses its bargaining power to acquire discounts from many pharmaceutical companies, and the average discount is approximately 23.1%. This means that should Issue 2 pass that Ohioans will only achieve an average price reduction of less than 1% – an incredibly small number, given the size of funds spent on this measure.

Why then, has so much money been spent on this bill, then?

And that is why the devil is in the details. Issue 2 is not about healthcare benevolence for Ohioans, but a move by a corporation seeking to benefit from the sticker shock of prescription drugs for Ohioans.

The primary (if not sole) backer of Issue 2 is the AIDS Healthcare Foundation, a company that deals with HIV/AIDS medications, among other drugs. Although they do good work in their field of medicine, their goal is direct financial benefit from this issue. Much like the VA, group purchasing power involves both flat-fee discounts on medicines, but exclusivity agreements on key private drugs, which may allow companies like the AIDS Healthcare Foundation to have exclusive access to Ohio’s market and stifle competition.

This is not to say that the entirety of those funding the “No” issue are benevolent in their fight against the issue. Ohioans Against the Deceptive Rx Ballot Issue is entirely funded by Pharmaceutical Research and Manufacturers of America – a conglomeration of drug researchers and pharmaceutical companies worldwide, which develop and provide treatments for a significant number of diseases.

Although dealing with a significantly different topic than previous gambling and marijuana issues, what is on the ballot has the same spirit of both issues in that its seeking to codify corporate benefits for the backers of the initiative. Although the AIDS Healthcare Foundation does, in fact, do good work for those needing treatments for life-destroying diseases, codifying corporate benefits does not mesh with the values most Ohioans share in regards to the free market and corporate greed.

I am certain that one day, Ohio will have measures and ballots that help Ohioans reduce the cost of medicine in the state of Ohio. But given the issues we have seen with corporations using price controls and patent enforcement, Issue 2 is not the bill that needs to be enshrined into Ohio’s legal framework. There is too much to gain by one corporation, and too little to benefit from Ohioans, given the verbiage and knowledge of what effect the bill will have.

Even if you believe that price fixing is an effective way to control drug prices, Issue 2 is a terrible price fixing bill. A similar bill, funded by the same group, was already attempted in California, where it at had the highest potential to pass. It still failed.

The primary problem with the bill is that it ties Ohio government drug prices to VA prices. First, there is no public, well-maintained list of VA prices. And the VA prices aren’t controlled by elected officials or intended to be used this way. Voters can’t check to see if we’re getting a good deal before passing the measure. Second, there are drugs that the government pays for that aren’t on the VA list. It’s questionable whether they state would even be allowed to buy these drugs at all, reducing options for doctors. Third, it opens up the opportunity for legal price gouging. A drug company simply needs to offer the VA a discount on a drug that it often uses in exchange for raising a price on a drug that the VA seldom uses. This would be a benefit for the VA, but it would leave the state of Ohio paying way more for their drugs, creating a windfall of profits for the drug companies at the expense of Ohio tax payers.

There’s still room for debate on whether any price fixing scheme can be successful; however, this price fixing scheme is a bad one, and will likely increase the State’s total drug expense, not lower it. I agree that their would be a benefit to Ohio residents if drug prices were lower; however, I don’t believe this bill is a successful tactic for accomplishing that.

By Brad Cotton, A regular contributor & physician, For

As a full-time emergency physician, working in the only health care environment  that treats all who come to our doors, regardless of their economic “success”, I am face to face, heart to heart with the intense suffering of so many worthy, hard-working Americans who are unable to afford their medications. According to my professional association, the American College of Emergency Physicians, 90% of us report seeing many patients who have suffered illness or death as they experienced financial barriers to care or medications.

This is unconsciable and immoral in the most profound way. I support Issue 2, the Ohio Drug Price Relief Act as it provides a beginning at least for we, the people, to act to provide for our own health care security by limiting Big Pharma’s extortion level pricing.

As a citizen, as an emergency physician, I urge you to do the right thing and vote “Yes” on Issue 2. 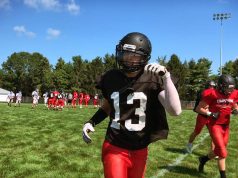