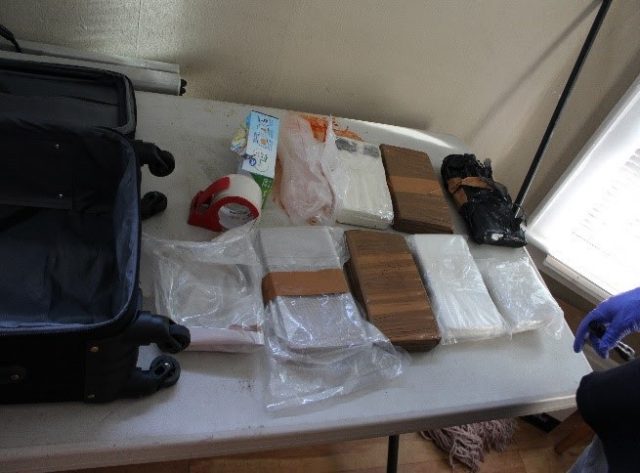 (COLUMBUS, Ohio) — The law enforcement task forces organized under the Ohio Organized Crime Investigations Commission (OOCIC) confiscated more than $64 million in illegal drugs in 2022 alone, taking a bite out of the trafficking business in Ohio and inevitably saving lives.

“Every ounce of fentanyl taken off the street can prevent an overdose, just like every illegal gun seized has the potential to save a life,” said Ohio Attorney General Dave Yost, who chairs the commission. “The work of our task forces is often covert, but the results do not go unnoticed.”

Besides the narcotics, task forces also seized 437 firearms and $7.7 million in currency in 2022.

The 2022 numbers bring the total task force seizures during Yost’s first term to $239.9 million in narcotics, 1,374 firearms and $56 million in currency.

Here is a year-by-year breakdown of the drugs confiscated:

Several major drug task forces exist and are funded through RecoveryOhio, in concert with the Ohio Department of Public Safety and Ohio Criminal Justice Services.

Central Ohio Major Drug Interdiction Task Force
In March, detectives assigned to the task force seized a parcel containing several criminal indicators. Further investigative work established that the shipper and recipient of the parcel. When the parcel was opened during the execution of a search warrant, detectives discovered four kilograms of cocaine.

Licking, Guernsey, and Muskingum County Major Drug Interdiction Task Force
In July, task force agents received a tip from the U.S. Drug Enforcement Administration concerning a suspected package at the parcel facility. Utilizing a K-9, approximately 4 pounds of methamphetamine was recovered. The package originated from southern California with a destination of Zanesville.

Medina and Summit Counties Major Drug Interdiction Task Force
In April, the task force, which operates as the Ohio Northeast Smuggling Enforcement Team (ONSET), became aware of a drug trafficking suspect staying at a local hotel. The suspect parked a car at a Target retail location and entered the store but never returned to the truck. ONSET continued surveillance on the truck. The task force executed a search warrant on the vehicle and seized $1,054,130 in bulk currency. The vehicle was towed by a local company and impounded. The suspect sought out the vehicle but denied any knowledge of the money and abandoned the cash.

In August, ONSET located two drug trafficking suspects in Summit County who were driving an SUV with Texas license plate. The task force officers determined that the driver was a resident of Michigan and had purchased the vehicle with cash. The suspects were observed traveling to a residence in Akron, where a third suspect showed up and left with a large bag. The third suspect’s vehicle was stopped and 9 pounds of marijuana, two handguns and $9,400 were seized. A search warrant was obtained for the Akron resident. The original two suspects, along with two additional males were arrested. In total, $21,300, 60 pounds of marijuana, 49 suspected fentanyl pills, 12 bottles of promethazine and 3 guns were seized.