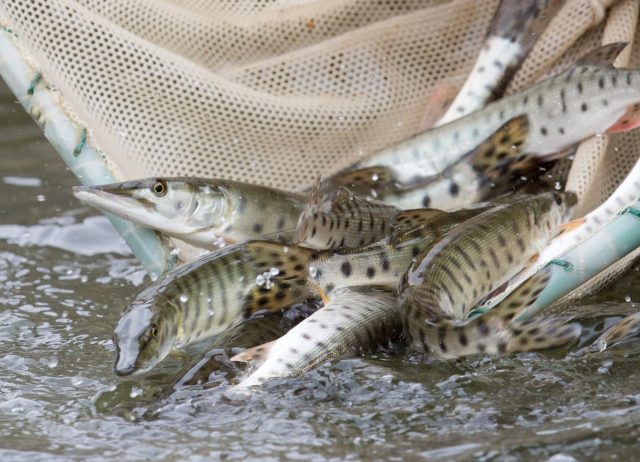 COLUMBUS, Ohio – The Ohio Department of Natural Resources (ODNR) Division of Wildlife stocked 52.3 million fish of 11 species in Ohio waters throughout 2022. Fish were stocked during spring, summer, and fall at 203 locations statewide. The total represents a 15% increase over the annual production and stocking goal of 44 million fish, thanks to excellent production conditions that resulted in surplus walleye, saugeye, and yellow perch fry. 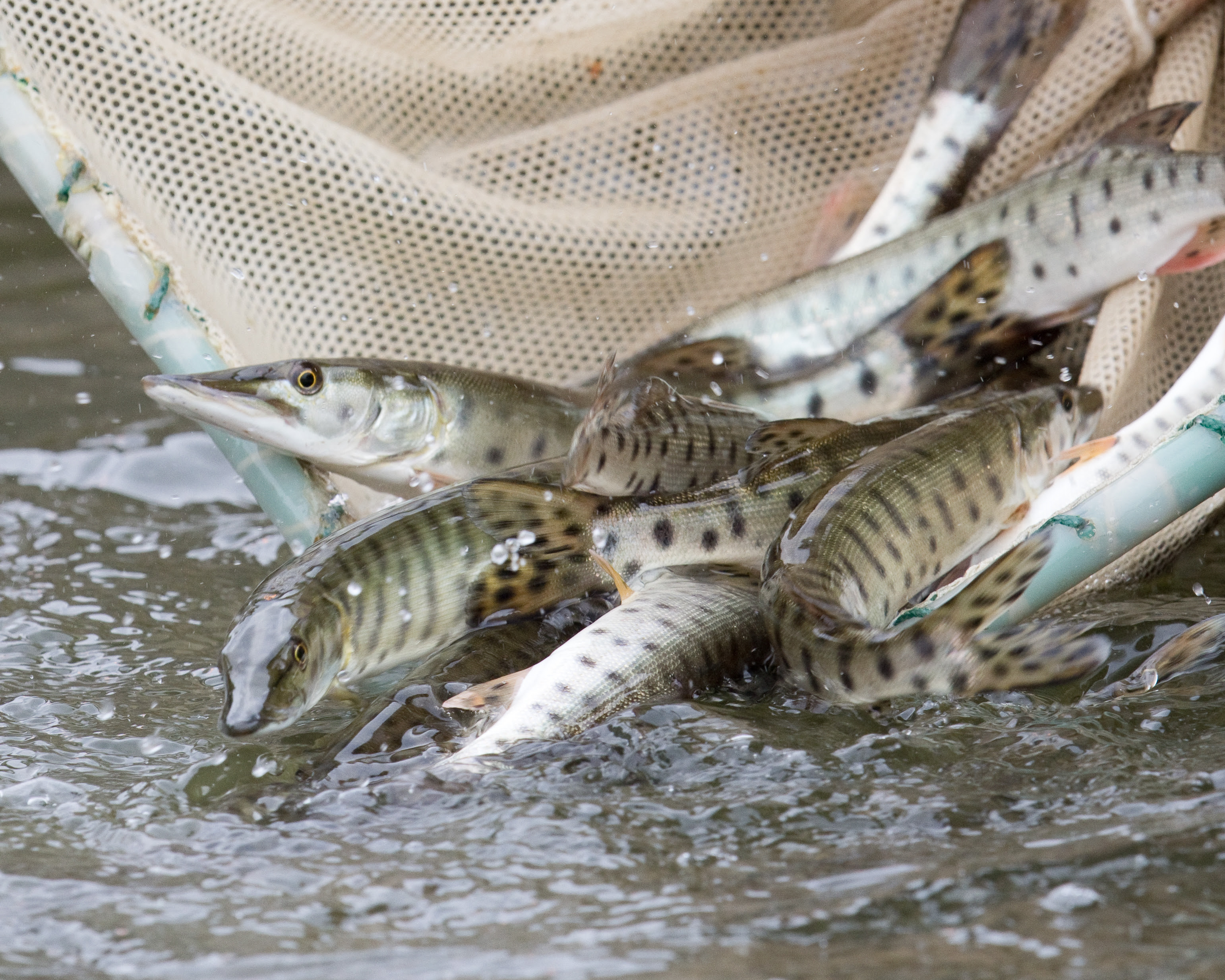 Caption: Muskellunge are released in Ohio’s public waters as
advanced fingerlings, up to 10 inches long.

“Raising, transporting, and releasing 52 million fish is a huge undertaking and provides great fishing statewide for Ohio’s more than 1 million anglers,” said Division of Wildlife Chief Kendra Wecker. “I’m proud of the dedicated fish management staff who work to keep our state the fishing hotspot that it is.” 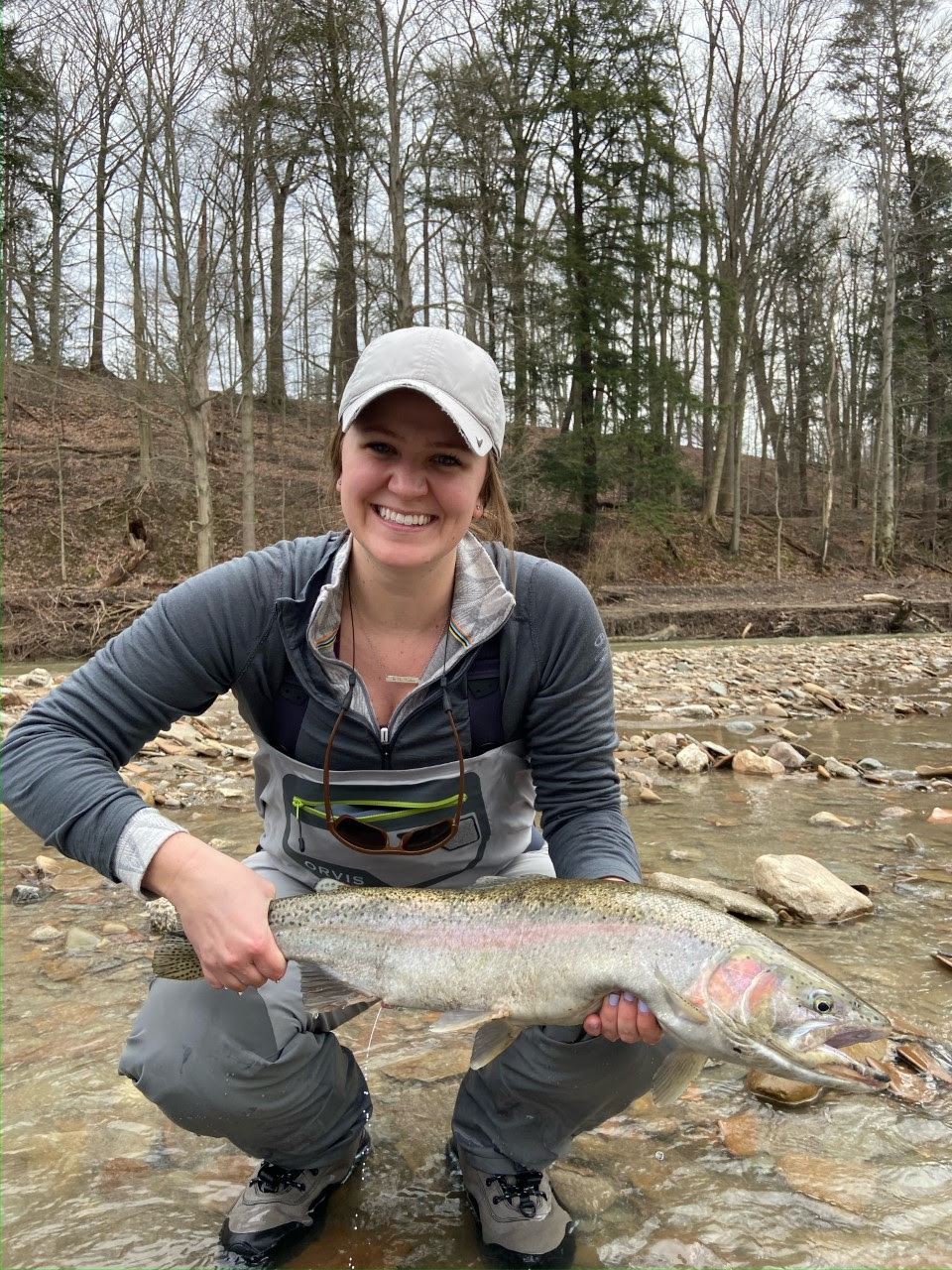 The majority of Ohio’s fish populations are sustained through natural reproduction; however, stocking expands and diversifies fishing opportunities in waters where existing habitats do not support some fish populations.

The Division of Wildlife’s current and historical fish stocking records can be viewed via the DataOhio portal in the Fish Stocking Database. Anglers can explore a map of stocking locations and use stocking data to plan their next outing.

Ohio’s state fish hatcheries are open to the public and offer activities such as birding, hiking, and target shooting. Find fishing reports and forecasts, species specific information, and learning modules through wildohio.gov. Anglers ages 16 and older are required to hold a valid Ohio fishing license on all public waters. Check the current fishing regulations booklet before your next trip.