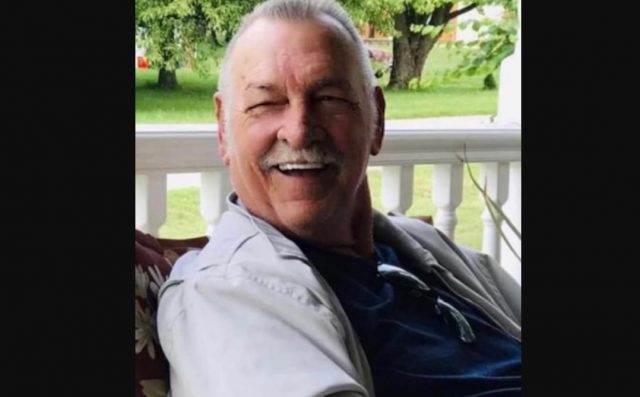 After a hard fought battle with Cancer Daryl Raymond Reichelderfer 74 passed away Saturday February 26th at home surrounded by his loving wife and family.  He was born February 3rd 1948 to Raymond and Ruth (Gard) Reichelderfer.  He graduated from Logan Elm High School in 1966 and was valedictorian of his class, a star basketball player and baseball player.  He then graduated from Ohio University with a degree in Chemical Engineering in 1970 and retired from State Auto Insurance Company where he was a loss control engineer.  Daryl married the love of his life Rita and they were blessed to share 32 glorious years together!  He was the best husband, father, grandfather, brother, uncle, cousin and friend anyone could ever ask for.  His contagious smile would light up an entire room. His sense of humor was like no other and brought joy and laughter to so many.  He is survived by his loving wife Rita,  children; Julie (Brad) Metzler, Lisa (Craig) Dodrill, Nicole (O.N) Wickerham, Ryan (Sommer Smith) Wickerham.  Grandchildren Wesley, Wyatt and Wynne Dodrill.  Brayden, Becca, Tristan and Teagan Metzler. Garrett and Gracyn Speakman.  Noah and Olivia Wickerham and bonus grandchildren Mason, Noah and Lily Smith. Special brother and best friend David ( Lisa) Reichelderfer, sister Paula (Chuck) Rucker.  One special aunt Janet Reichelderfer and several cousins, nieces and nephews who will all miss him dearly.  As his grandson Garrett said “it would be a better world if everyone lived their life like Grandpa did”. Family and friends are invited to attend calling hours Friday March 4th from 2:00 until 4:00 pm and 6:00 to 8:00 pm.  Funeral service to be held on Saturday March 5th at 11:00 at Wellman Funeral home in Circleville.  Memorial Contributions may be made to Outreach Ministries or Promedica Hospice/Heartland Hospice.  Online condolences can be made to www.wellmanfuneralhomes.com.