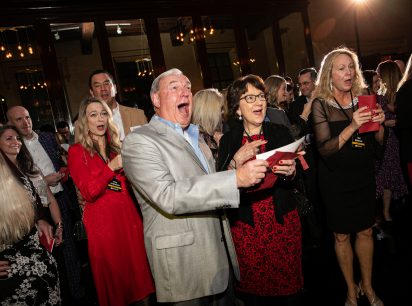 Baltimore – A Baltimore company shared out a large Christmas bonus at their annual party. The unprecedented surprise bonus announcement was made internally by company founder and chairman Edward St. John at the company’s annual holiday celebration, held at The Grand in Baltimore on December 7, 2019

The bonus was based on how long you have worked for the company the longer you have been with the company the bigger the bonus. Bonuses ranged from 50,000 to 250,000 dollars. Only five employees knew of the bonus before the event. One of the employees on the video said this was life changing for her

“To celebrate the achievement of our goal, we wanted to reward our employees in a big way that would make a significant impact on their lives,” said Edward St. John. “I am thankful for every one of our employees, for their hard work and dedication. I couldn’t think of a better way to show it.”