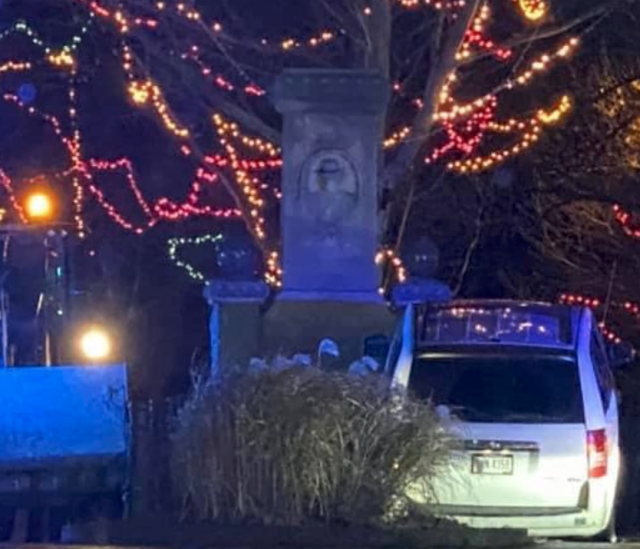 CHILLICOTHE – A memorial civil war statue was damaged last night that stood at the entrance of Yoctangee Park, when a minivan crashed into it.

Police reported the single vehicle accident last night around 9pm when a white dodge minivan crashed into the base section of the monument that separates two lanes into the park. When the minivan struck the monument it knocked a statue of Chillicothe Native and Civil war hero Colonel Richard Enderlin off his perch and onto the ground heavily damaging the statue.

No one was severely hurt in the crash but the driver was cited for the incident.

There is no word yet if the city plans to fix the statue.