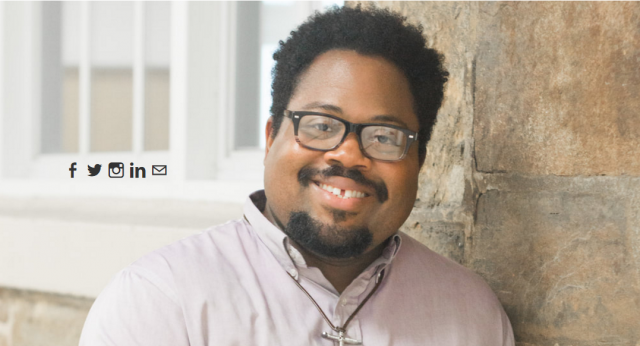 Romans 12:9 (HCSB): “Love must be without hypocrisy. Detest evil; cling to what is good.”

Proverbs 8:13(HCSB): “To fear the Lord is to hate evil. I hate arrogant pride, evil conduct, and perverse speech.”

Isaiah 1:16-17 (HCSB): “Wash yourselves. Cleanse yourselves. Remove your evil deeds from My sight. Stop doing evil. Learn to do what is good. Seek justice. Correct the oppressor. Defend the rights of the fatherless. Plead the widow’s cause.

Earlier this evening, I decided to grill steaks for dinner. Lately, I have been grilling with charcoal and wood chips and using lighter fluid to get a large and hot fire. I was almost out of lighter fluid so I decided to use it up on the charcoal-wood mixture and, honestly, went a little overboard. While the lighter fluid set for ten minutes, I prepped the steaks, sautéed onions and mushrooms, and entertained my wife, our infant son, and my friend who is staying the night. I lit the fire and it instantly became a large orange inferno. It was so large that I had to wait another ten minutes for it calm down so I could cook. The steaks sizzled once they touched the grill and the flames jumped again. The same thing happened to the potatoes I decided to grill. As I grilled the steaks, the fire grew and small embers began to jump out of the grill and land on me. Then, when I moved the steaks, the flame almost followed them. Because the flame was so hot, the steaks were slightly burned and the potatoes were half-done.

Today’s attack in Charlottesville, VA is the steak and potatoes of a fire that has been stoked and marinated in lighter fluid for years. At the end of the Civil Rights Era, people felt that the fires of racism were put out. History has shown us that some embers still exist. Many hoped former President Barack Obama’s election and reelection would be a point of reconciliation for our country. It was in some areas but there were still embers burning bright and people gathering charcoal and firewood which was prepared in their hearts. Protests, police brutality, lack of political representation, xenophobia, and general fear was the lighter fluid and the spectacle-fueled 2016 Presidential Election and subsequent victory was the match. Our current state of stubborn division is the hand that touched match to fuel. Today, sadly, is one of the burned steaks or half-done potatoes that we must process and choose whether to throw away another moment to affect change or eat it and work to make things better.

The church must be willing to speak about the injustices and evils of the day. Hatred is not of God and it will never be. We must be careful to not feed into the fires of hatred and fear that are leading to more division and more violence in our country. We are called to speak for the voiceless, care for those who need it, and be a voice of truth and change in a chaotic society. Sadly, many in the church on both sides of the political spectrum have helped fuel this atmosphere by releasing hate-filled rhetoric, praying against governmental leadership for years, using the Bible as a weapon of fear, and living in a state of untouchable hypocrisy. The church is supposed to be a voice of unity and reconciliation. Have we done that or have we created deeper divisions because we have chosen to be silent about evil and injustice or have been selective about what we handle? We are called—and obligated—by God to be his voices and living epistles. We must stop adding to the fires of rebellion and hatred to protect an Americanized idea of a nation-centric Christianity and step into the uncomfortable pressing which comes from covenant relationship and sonship with God.

Ultimately, if we seek revival in the country, it must start within each of us first. Our hearts need to become reconvicted and recommitted to the cause of the Gospel of Jesus Christ. We must decry evil and speak good. We must not glory in the destruction of another. We must view what we see as a time of pressing and not a time of lazed victory. We must, no matter our race or culture, stop looking at what divides us and see what brings us together. We can no longer sit back and ignore or add to this atmosphere of hatred that has now led to tragedy. It is time for us to quit investing in the fires of hatred and seek out the consuming fire of the Holy Spirit.

This commentary was provided by Casanova Green

About Casanova – Casanova Green is a writer, singer/songwriter, educator, pastor, and traveling minister and worship leader. He is a 2010 graduate of Ohio Northern University with a BA in Language Arts Education with minor in voice and is pursuing a MFA in Creative Writing at the Etowah Valley Low-Residency MFA Program at Reinhardt University in Waleska, GA. He released his first album, A Worshiper Mentality, in January 2016.

Casanova is a member of the Southern Collective Experience and has been published in The Blue Mountain Review and the 2017 edition of Reinhardt University’s journal Sanctuary. He has done extensive ministry work since the age of nine and serves as the Lead Pastor of True Vision Christian Community in Lancaster, OH where he and his family reside.

The original article can be found by clicking here.