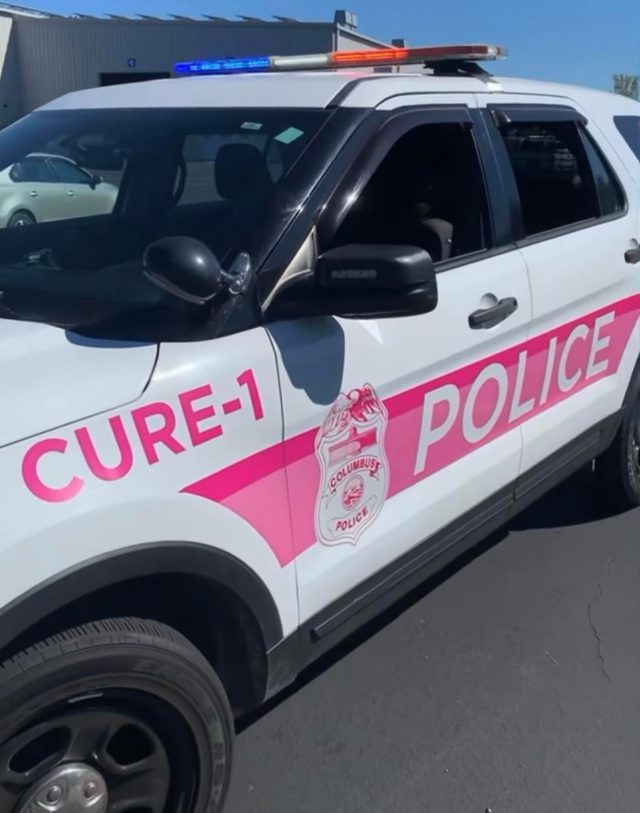 COLUMBUS – In recognition of October being Breast Cancer Awareness Month, the Columbus police department, like much other law enforcement across the State of Ohio, has authorized a new patrol vehicle called the Cure 1

October is National Breast Cancer Awareness Month. This year, it is estimated that more than 265,000 women in the United States will be diagnosed with invasive breast cancer. In 2016, 411 Wyoming women were
diagnosed with breast cancer. Excluding cancers of the skin, breast cancer is the most frequently diagnosed cancer in women. It’s the second-leading cause of cancer death in American women (after lung cancer) according to the American Cancer Society.
For now, the best way we have to find breast cancer early – when it’s small and has not spread – is for women to get regular mammograms and continue to do so as long as they’re in good health. The U.S. Preventive
Services Task Force recommends the following breast cancer screening guidelines:

 Women between the ages of 40 and 49 with an increased risk for breast cancer due to family history,
genetic disorder or other factors should speak with their doctor about screenings.
 Women ages 50 to 74, should get a mammogram every 2 years.
 Women older than 75 should speak with their doctor about continued breast cancer screenings.
In addition, women can take these steps to help lower their risk of breast cancer:
 Maintain a healthy weight.
 Stay active.
 Those who drink should limit alcohol to no more than one drink a day