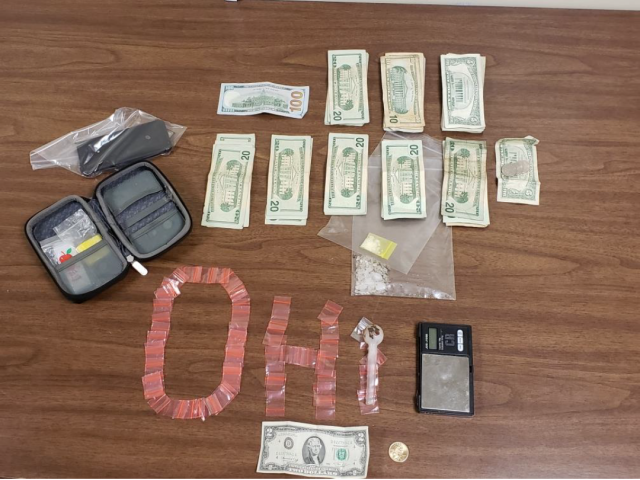 During a search of Grambo suspected narcotics were located along with $846.75 in cash. Officers searched the vehicle and recovered plastic baggies, a digital scale and a glass pipe. Officers were also able to recover and collect the objects which were seen being thrown from the vehicle during the stop. A total of 17.2 grams of suspected Methamphetamine were recovered during this stop. Mr. Grambo was transported to the Pickaway County Jail where he is charged with Felony 2 Trafficking of Methamphetamine, Felony 3 Possession of Methamphetamine and Felony 3 Tampering with Evidence.

Check out the video you can see the passenger toss the evidence out the window of the car.

Heres a second view:Grambo was arrested a month ago in the famous mini motorbike incident heres that story.

This case remains under investigation by The Circleville Police Department.