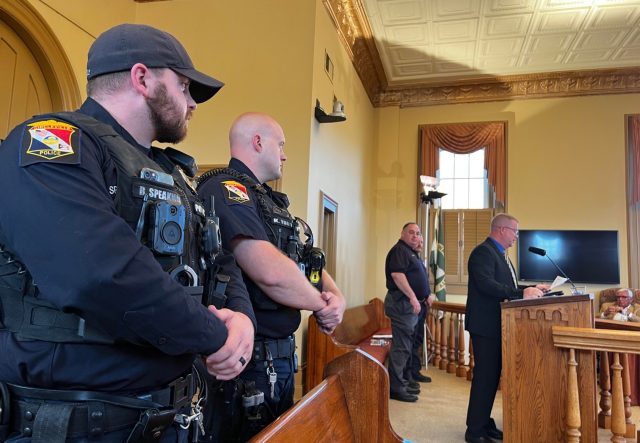 CIRCLEVILLE – Circleville Police Chief Baer gave an annual report at Tuesday nights at Circleville Council that included numbers from January to September of 2022.

“Every year we always surpass the previous year for calls of service,” said Baer.

Baer updated the council on some staggering numbers the local police department has responded to.

13,780 Calls for service are broken down into some of the more mentionable items.

291 People have been charged this year, filed charges on 364

198 Drug items seized, this does not include drug items by the road patrol, those items were seized by investigators the Cheif reported if the road patrol it would double that number.

75 Felony packets for felony charges against individuals, 45 for the Grand Jury.

38 Overdoses, 4 of which resulted in deaths

Chief Baer said that they are currently short 4 Officers, he defined that as good due to, “comparison” of other police departments around due to, “a really competitive field right now.”