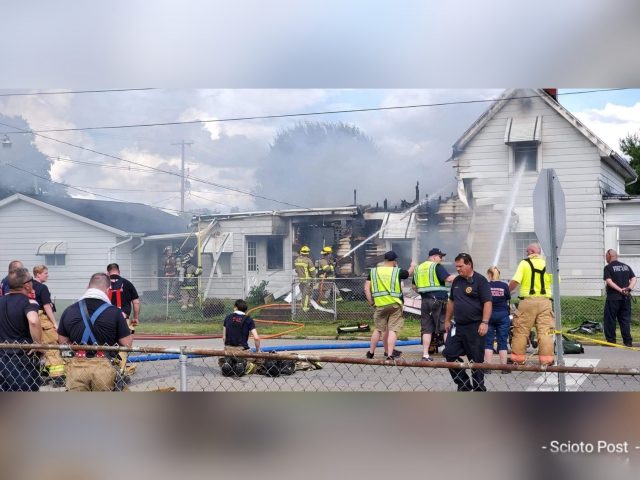 Circleville OH- A house fire broke out around 3:00PM in the city of Circleville and the Circleville Fire Department was quickly dispatched to the scene. When they arrived, smoke and flames could be seen exiting the exterior of the home located at the intersection of Union Street and Clinton Street.

Firefighters quickly attacked the house fire from the exterior and within. It was a short time after they began to battle the blaze, a distress call came from within the home from a firefighter who was in trouble. The other firefighters on scene did not hesitate, running into the burning home and carrying their fellow firefighter to safety. We have video from the ending of the rescue but out of respect, we will not share it with our viewers.

The injured firefighter suffered from smoking inhalation and was transported by ambulance to Berger Hospital with a police escort for treatment.

The 2nd injured fire fighter had heat exhaustion and was treated at the scene. No names have been released and the cause of the fire is currently under investigation by the State Fire Marshall who is currently on scene.