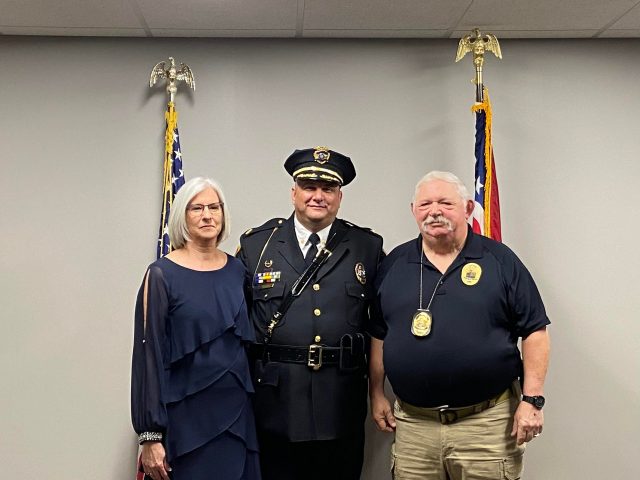 Deputy Chief Doug Davis was placed on administrative leave with pay on April 11, 2022, when allegations were brought up to the administration of the above-mentioned claims. An internal investigation was conducted by an outside independent source, an attorney from Plunkett Cookey Law Firm in Columbus when OSP and BCI declined.

In the report, the claim that the Deputy Chief had any wrongdoing was stirred up when former officers of the department found out that one of them was going to be disciplined for not wearing a taser during duty. Before the disciple officers went beyond the regular chain of command and went to the Director of Human Services at the City of Circleville to discuss the discipline. During that conversation, officers made some of the claims against Davis, but not all.

The Director of Human Resources at the City of Circleville stated in the report, “no officer brought up any allegation of illegal body cavity searches, that allegation was “brought up by the former Safety Director only.” That statement was supported by both investigations.

During interviews, officers claimed that Davis had ordered them to make stops on vehicles for minor traffic infractions, “failing to use a turn signal or not stopping on a stop bar.” but they admitted in the interview that they did not see the alleged probable cause of the stop that Davis had claimed. In one incident, the officer did pull the vehicle over because of expired tags. This claim was unfounded by the independent attorney.

One officer claimed that Davis has racially profiled people by making comments that a particular traffic stop was a “good” stop, but admitted that Davis had never engaged in racial slurs or anything which could be considered racial profiling. He also denied ever hearing Deputy Chief Davis make any derogatory or inappropriate comments about traffic stops that involved African Americans. In this particular situation on the “good” stop Davis claims that he was referring to being familiar with the suspects and having prior knowledge that the suspects are involved in the drug trade. Any comments about a “good” stop or arrest were not related to the suspects’ race.

Second, there is no evidence to support any claim of racial profiling against
Deputy Chief Davis. The officer to whom these allegations were attributed, the officer, denied witnessing any racially-profiling behavior from Deputy Chief Davis.
In addition, to the extent that Deputy Chief Davis made any comments about a particular traffic stop or arrest being a “good” stop, he was referring to being familiar with the suspects and having prior knowledge that the suspects are involved in the drug trade. Any comments about a “good” stop or arrest were not related to the suspects’ race.

The final claim of warrantless body cavity searches was also found with no evidence to support the claim. In the report, the investigator independently investigated all information on body cavity searches given to her by the police department and probation department. In that report, she reviewed body camera video, warrants for body cavity searches, and Hospital Records. All searches had probable cause, notably from K9 hits on vehicles, and a majority of the cavity searches where ordered were not fulfilled because the suspects voluntarily produced the contraband from their persons before undergoing a search. The one body cavity search that was fulfilled actually returned with, “the finding of a significant amount of fentanyl being concealed by his person.”

“Based upon my review of all of the evidence including live witness interviews, recorded witness interviews, body camera video and written documentation including witness statements, affidavits, prior investigations and legal filings, the allegations against Deputy Chief Davis are unsubstantiated. There is no evidence that Deputy Chief Davis ordered traffic stops without probable cause, engaged in racial profiling or conducted or ordered warrantless body cavity searches. Notably, the outcome of the IA investigation conducted in April 2022 reached the same conclusion as this investigation.”

“Before discussing the evidence – or lack of evidence – it should be noted that the officers bringing forward allegations against Deputy Chief Davis (Merritt, JoHansen) had no personal knowledge of the alleged wrongdoing and reported what they had allegedly learned from other officers. The “other officers,” however, denied that they had witnessed the wrongdoing alleged by Ofcs. Merritt and JoHansen. In fact, the “reporting” of these officers seems to coincide with Ofcs. Merritt discovering a proposed disciplinary document for Ofc. JoHansen and attempting to draw focus from Ofc. JoHansen’s situation. In addition, although Ms. Dorris denies bringing forward allegations of illegal body cavity searches, the evidence appears to support that it was Ms. Dorris who pursued these allegations, and that Ms. Dorris had no personal knowledge of any of the alleged incidents either.“

In conclusion, Circleville Police Deputy Chief Doug Davis was off on paid leave for almost 9 months, and the officers that made these claims have left the Circleville Police department and work outside the county now. According to the City of Circleville, the investigation took longer than normal because of an employee Family and Medical Leave Act.

“We are glad to have him back at work in his official capacity.  The system worked, it did what it was supposed to do.  It took a little longer than all of us would have liked, but that is just how it worked out.  We are happy to have him back working for the department and protecting the city,” said Douglas DeBord Public Safety Director.