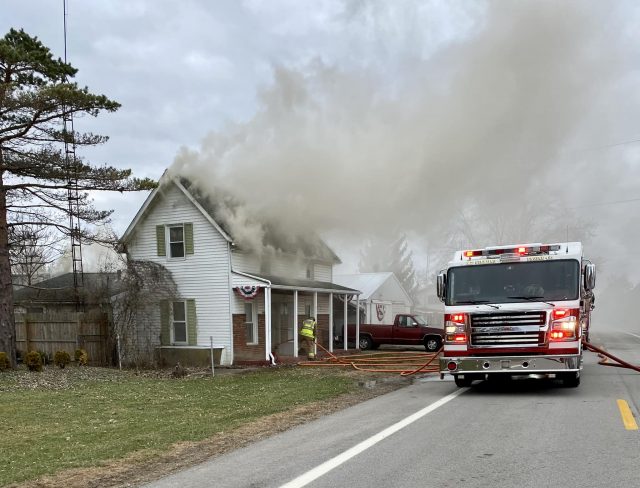 Fayette County – A fire has broken out in the area of Deer Creek state park in a small area called Pancostburg on the Pickaway County/Fairfield county line around 130 pm on Thursday.

According to early reports firefighters were called to the scene of a house that was smoking in the area of 4000 Block of SR 207 NE. When they arrived they found a home that was on fire.

Mutual aid was requested to the scene, it was unknown if people were inside the home or of there were injuries at this time.