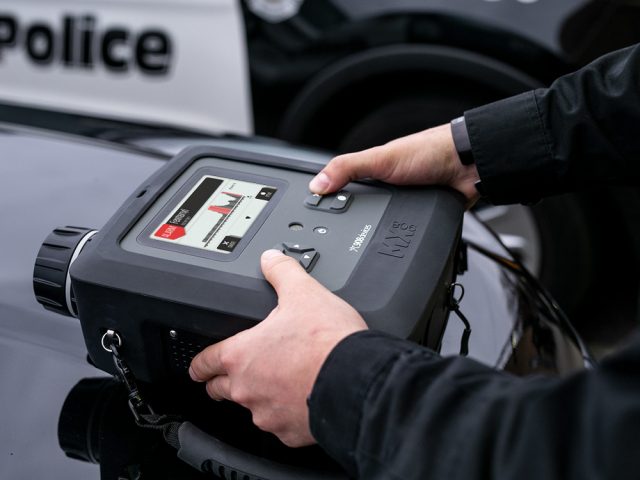 “This pilot program will enhance officer safety, provide prompt information for prosecutors and hopefully will become the normative proof in the courtroom,” Yost said. “Taking BCI’s lab capabilities into the community provides real-time results and is a force multiplier.”

The pilot program will allow local law enforcement agencies to utilize an MX908 device, a handheld mass spectrometer, to analyze suspected drugs. The device’s identification of a controlled substance will provide courtroom-ready chemical results in mere minutes — which will often eliminate the need to send samples to the Ohio Bureau of Criminal Investigation (BCI) for analysis.

“This cutting-edge technology will aid our fight against the scourge of drug trafficking and addiction,” Chief McDonald said. “Obtaining drug results faster will improve our investigations and allow us to pursue traffickers further up the chain. This device will save Marion County lives.”

The pilot program is focused on identifying methamphetamine, cocaine, and marked pharmaceutical pills. Methamphetamine is the drug most often submitted to the laboratory at BCI and the MX908 can accurately identify trace amounts of it. Officers will also utilize the devices to detect and identify other drugs, such as fentanyl and similar opioids. While these dangerous compounds will still need to be forwarded to BCI for chemical qualitative analysis, the MX908 devices will allow law enforcement officers to know exactly what they are handling and take the appropriate precautions.

“This is a turning point for our community to attack the supply and demand side of this problem,” Prosecuting Attorney Grogan said. “Having the tools at our disposal for quick confirmation allows for faster charges, which gets people into treatment quicker. This is a game changer and will undoubtedly save lives.”

The technology has been tested by BCI’s accredited laboratory and used in the field by BCI agents on drug interdiction task forces for over two years. Additionally, through a partnership with BCI, an MX908 device has been successfully used in the court system in Champaign County for the past year.

“We designed and built the MX908 handheld device to enable first responders to quickly, accurately, and safely detect trace amounts of suspected drugs, such as fentanyl,” said John Kenneweg, VP, Government at 908 Devices. “We’re proud to support the Ohio Attorney General and law enforcement personnel in their mission to decrease drug crime rates and to reduce lab-testing backlog.”

The devices are being deployed to three groups, which were selected, in part, based on the volume of evidence submitted to BCI over the last 18 months. Those groups are:

Agencies involved in the pilot program were trained by BCI on use of the device, protocols for cleaning, safe handling of controlled substances, documentation of testing and quality assurance practices.