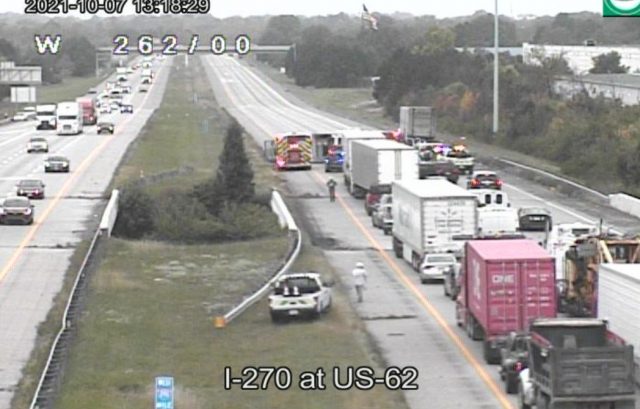 GROVE CITY – A serious crash has parts of I-270 shut down in the area of Grove City, now there is a stoppage on the South east side of I-270 also

According to ODOT, “I-270 West CLOSED beyond US-62/Harrisburg Pike because of another incident.”

According to Franklin county sheriff: The westbound lanes of I-270 are shut down in southwest Franklin County between I-71 and SR 62 while firefighters investigate a report of a possible hazmat situation. Drivers traveling south on I-71 are prevented from exiting onto 270W. Deputies are diverting traffic on to 62. Please find an alternate route.

Regardless of where you go in the south end of Columbus you will most likely run into some traffic.