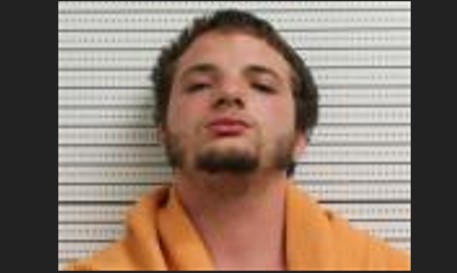 According to Chillicothe Police reports a 911 call came in around 10:43 pm on Wednesday of an assault in the area of 85 North Walnut Street. When police arrived they found Deonta Tyler belligerent and intoxicated and a man that was assaulted.

Witness told police that Tyler was drinking had consumed about a fifth of whiskey and, “became very violent,” one person said, she was “scared for her life”. They said Tyler started damaging cars outside and domestic arguments. That’s when a neighbor opened his door to see what the noise was about and Tyler rushed him, pushing into his apartment with his family inside. The neighbor tried to push the man out of his home and that’s when he was attacked and punched several times in the face. Another neighbor rushed from his home to the aid and help subdue Tyler.

Deonta Tyler was placed under arrest and transported to RCJ for Aggravated Burglary. Due to his highly intoxicated state, and aggressive behavior with Officer’s he was not questioned.