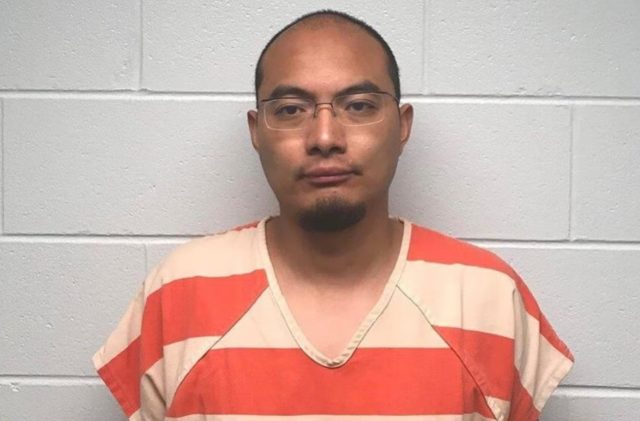 CINCINNATI – The first Chinese government intelligence officer ever to be extradited to the United States to stand trial was sentenced today in federal court in Cincinnati.

Yanjun Xu was sentenced to 20 years in prison.

Xu targeted American aviation companies, recruited employees to travel to China, and solicited their proprietary information, all on behalf of China.

“This case sends a clear message: we will hold accountable anyone attempting to steal American trade secrets,” said U.S. Attorney Kenneth L. Parker. “Xu conspired to steal American science and technology. Thanks to the diligent work of the FBI, GE Aviation, and our trial team, he’ll spend decades in federal prison.”

“The historic sentencing of a Chinese government official for committing espionage against the U.S. is a significant achievement and also should serve as a warning to foreign governments that the U.S. will not tolerate this type of illegal activity,” stated FBI Cincinnati Special Agent in Charge J. William Rivers. “The FBI and our partners will continue to investigate and prosecute those who attempt to steal the sophisticated technologies of U.S. companies, our military, and our government.”

Xu was a career intelligence officer, beginning in 2003 and rising to the rank of deputy division director at the Chinese Ministry of State Security (MSS), the intelligence and security agency for China.

According to court documents and trial testimony, beginning in at least December 2013, Xu targeted specific companies in the United States and abroad that are recognized as leaders in the field of aviation.

Xu used aliases, front companies and universities to deceive aviation employees and solicit information. He identified individuals who worked for the companies and recruited them to travel to China, often initially under the guise that they were traveling to give a presentation at a university. Xu and others paid the individuals stipends on top of covering travel costs.

The scheme was executed with full coordination between the MSS and China’s aviation entities. Xu worked with others in the MSS to hack or copy computers in hotel rooms while the aviation employees – his “guests” – were taken to dinner by the MSS.

Xu attempted to steal technology related to GE Aviation’s exclusive composite aircraft engine fan module – which no other company in the world has been able to duplicate – to benefit the Chinese state.

In March 2017, a GE Aviation employee in Cincinnati was solicited to give a report at a university in China. The employee traveled to China two months later to present at the university and was introduced to Xu. Xu and others paid the employee’s travel expenses and a stipend.

After the trip to China, the FBI took over communications with Xu, posing as the employee.

In January 2018, Xu requested “system specification, design process” information from the employee and – with the cooperation of GE Aviation, who was working with the FBI – the employee emailed a two-page document from the company that included a label that warned about the disclosure of proprietary information.

In February 2018, Xu began discussing with the employee the possibility of meeting in Europe during one of the employee’s business trips and asked the employee to send a copy of the file directory for his company-issued computer.

Xu traveled to Belgium with cash and pictures of the employee on April 1, 2018. He was scheduled to meet with the employee and was arrested at that time.

The Department of Justice Criminal Division’s Office of International Affairs secured Xu’s extradition to the United States, with valuable assistance provided by the government of Belgium, as well as the Belgian Federal Police.

Handling of MSS spy in Chicago

In September 2022, a federal jury in Chicago convicted an individual (Ji Chaoqun) for working on behalf of the MSS under the direction of Xu.

Xu served as Ji’s MSS handler while Ji, a Chinese citizen, lived and studied in Chicago. Xu officially registered Ji as a formal MSS overseas agent in January 2014 and directed Ji to collect biographical information on people to potentially recruit to work with them.

Xu provided Ji with the names of at least nine individuals in America to attempt to recruit. Ji obtained and provided Xu with more detailed background reports on the individuals. Ji also received training on how to speak to the FBI if approached at his school.

In May 2016, Ji joined the U.S. Army through a program that allowed legal aliens with vital skills like Chinese fluency. Ji told Xu and the MSS that he had successfully infiltrated the U.S. military as an MSS officer. His plan was to obtain citizenship quickly and obtain a top-secret security clearance.

Ji reported to an undercover FBI agent that he had access to all military bases with his military ID and volunteered, without prompting, to take pictures of aircraft carriers for the MSS.

The crimes committed by Ji were done on behalf of the MSS, through Xu Yanjun.

“Xu’s handling and placement of a spy within the United States to obtain information regarding aviation technology and employees is yet another facet of Xu’s egregious crimes towards the United States and further justifies the significant sentence of imprisonment he received today,” added U.S. Attorney Parker.

The MSS hacking of a French aerospace manufacturer

The evidence at trial showed Xu recruited insiders within a French aircraft engine manufacturer’s facility in China who were willing to spy on Xu’s behalf.  Xu and his assets targeted a French employee of the company that often traveled to the facility in China for work. In 2013, Xu directed one of his assets within the company to plant malware on the French employee’s work computer, with the ultimate goal of being able to infiltrate the company’s network in France. The evidence at trial also showed Xu’s integral role in the installation of the malware, his instructions to destroy the malware, and Xu’s monitoring of the success and cover-up of the operation.