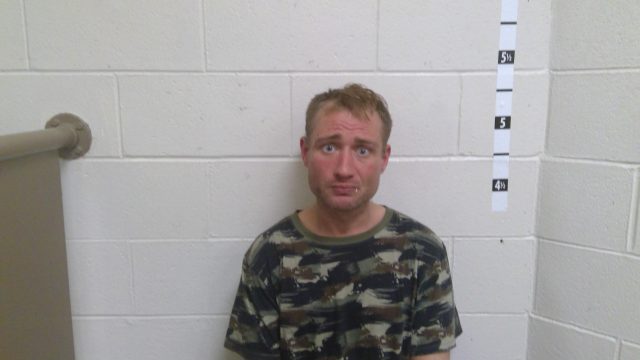 According to the Chillicothe, the police department was dispatched to the rear of the FD at Main St. and Douglas Ave. on a report of a white male wearing a camo shirt that was holding a Glock pistol in one hand and a stick in the other. Dispatch further advised the suspect was reported as making threats to kill somebody.

The suspect would be identified as Anthony Ramsey and was arrested for obstructing official business, drug paraphernalia, criminal trespass, and inducing panic.

Anthony stated that firearm he threw down was a BB gun, the item was inspected later and found to be a BB gun that was looked like a real handgun.

He is currently in the custody of the Ross county sheriffs department.,