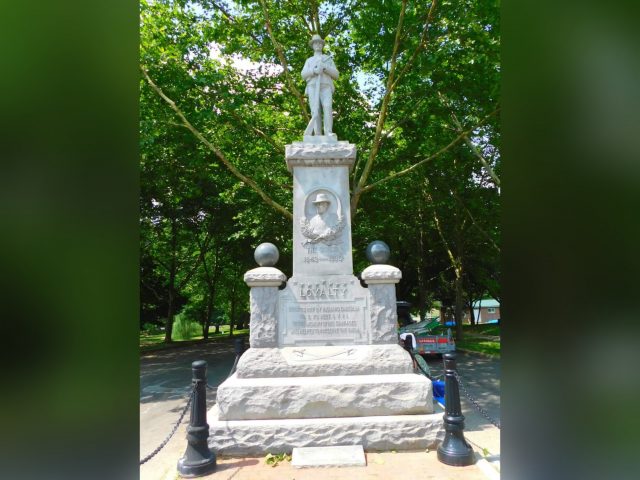 Chillicothe OH- The statue is back and just in time, according to a statement released by the city of Chillicothe.

“Glad to have you back Mr. Enderlin! Right in time for his date of action anniversary (July1st-2nd).

July 1st marks 158 years since Medal of Honor recipient Sergeant Enderlin “voluntarily took a rifle and served as a soldier in the ranks during the first and second days of the battle (Gettysburg). Voluntarily and at his own imminent peril went into the enemy’s lines at night and, under a sharp fire, rescued a wounded comrade.”