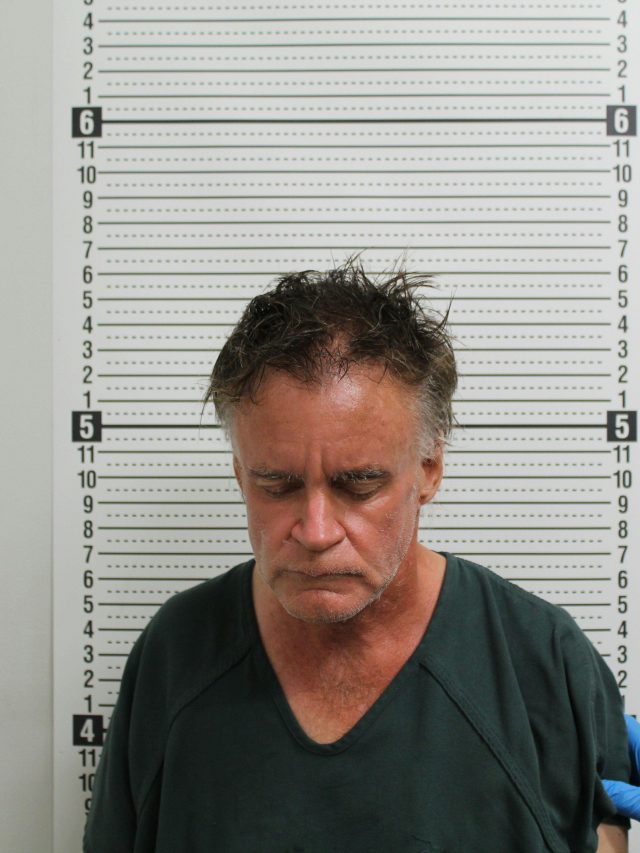 Chillicothe OH- A man has been arrested after a slow speed foot pursuit where police apprehended him in regards to a complaint from a female motorists on Bridge Street.

The incident occurred around 10:00P.M in the area of the Bridge Street and Main Street intersection where a female passersby claims the man, later identified as Keith W. Snyder exposed his genitals toward her.

Officers responded to the area and located Mr. Snyder who did a fast walk away from the officer once the patrol cars red and blue lights were engaged. After a brief pursuit, Mr. Snyder was taken into custody and transported to the Ross County Jail where he now faces Obstructing Official Business and Public Indecency  charges. 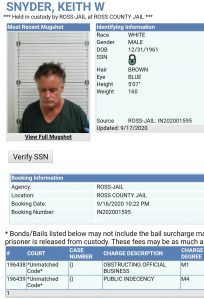