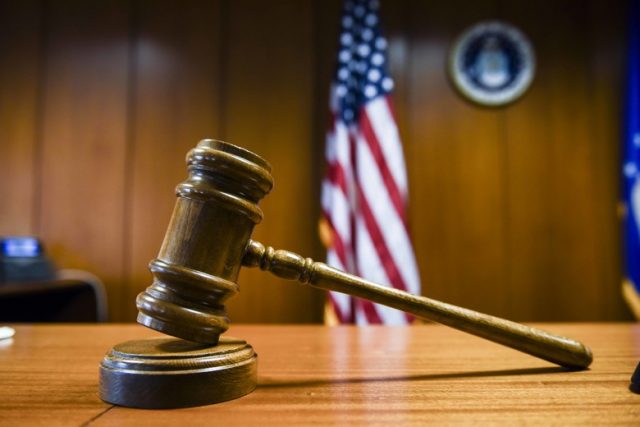 COLUMBUS, Ohio – A Perry County man was sentenced in U.S. District Court today for illegally possessing a firearm as a convicted felon.

John William Shade III, 39, of Thornville, Ohio, was sentenced to 24 months in prison and three years of supervised release.

According to court documents, the FBI received reports of Shade making multiple comments of a threatening nature on Twitter towards the President of the United States, as well as one comment directly towards a local Secret Service agent.

Shade’s comments about the agent on Twitter came several weeks after the agent attempted to speak with Shade at his residence regarding an incident at an event where the Vice President of the United States was a speaker.

Shade has a history of traveling within and out of state to attend political events and protests. On several occasions, his conduct at these events has resulted in charges related to trespassing, obstructing, invasion of privacy and carrying weapons.

For example, in April 2018, Shade and others traveled to Georgia to counter-protest a rally by the National Socialist Movement (NSM). Shade used a GoPro camera to record himself. In his videos, Shade discusses a Glock19 present in the vehicle and how he would shoot NSM leaders.

The same month, Shade traveled to the American Renaissance Conference in Tennessee and recorded himself on his GoPro and in conversations with others. In his recordings, he mentions serving as armed security for his group and leaving weapons at a camp to avoid law enforcement detection at a checkpoint.

During a court-authorized law enforcement search of Shade’s home, items were found that the FBI Laboratory later concluded may be readily assembled into an improvised incendiary device, also known as a firebomb or Molotov cocktail.

Shade admitted that he possessed firearms and ammunition after being convicted in Guernsey County Court of Common Pleas to robbery, a second-degree felony. He pleaded guilty to the federal charge in November 2019.

Congress sets the maximum statutory sentence. Sentencing of the defendant is determined by the Court based on the advisory sentencing guidelines and other statutory factors.