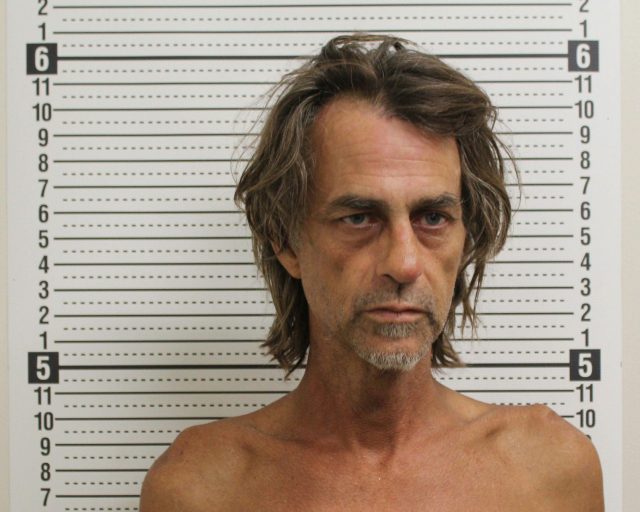 According to the Chillicothe police department, they were called to the scene of 200 block of South Paint street when a homeowner found an extension cord attached to the side of his building. The homeowner told police of a man that they had problems with in the past that lived in the barn on the property behind the house and had him trespassed from the property at the beginning of the month.

Police followed the extension cord into the barn and found Matthew Johnson inside the barn laying inside a boat.

Video footage showed Johnson dragging the extension cord from the barn into the homeowner’s property and plugging it in, he was in the same outfit when police arrested him.