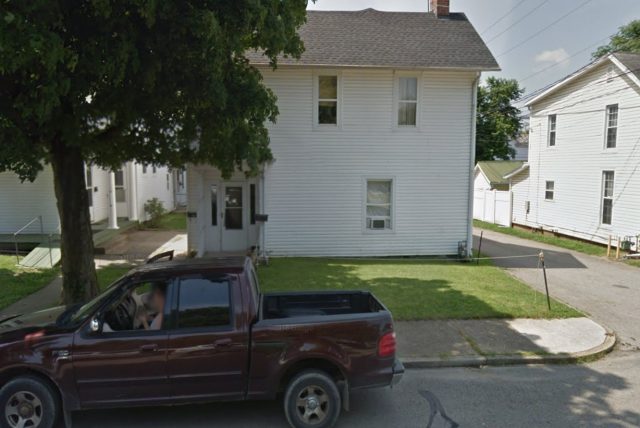 Circleville – Circleville Police found a significant amount of drugs in a home where a 4-year-old and an 11-year-old were living.

A story we have heard before parents with children where drugs are around, and possibly putting them into danger of overdosing. This home is next door to the last home where a child overdosed and died.

On Wednesday, August 3rd, Circleville Police Detective Farrelly was driving an unmarked vehicle in the area of West High Street when he noticed a man slumped over the wheel of his vehicle outside of his home on High street, he immediately called for the squad. when they arrived they found 30-year-old Tyler Adams passed out possibly overdosed in his car. It was apparent that the male was under the influence of narcotics due to his behavior. Ofc. Speakman assisted the male out of the vehicle and detained him for disorderly conduct and intoxication until further information could be obtained. There was burnt foil and other drug paraphernalia in plain view on the passenger side of the vehicle as well. K9 Serg was deployed to conduct a free air sniff. Serg alerted to the odor of narcotics emitting
from the front right passenger door of the vehicle.

Police reported during the pat down of the man his pockets were, “bulging with unknown items. Items. Ofc. Speakman observed baggies in the male’s pockets that appeared to contain a white powder. Ofc. Speakman then reached into the male’s pocket and began to pull out numerous tied-off baggies that contained a white-powder substance. Some of the baggies contained large white rock-like substances. This evidence was collected and the male was placed into the back of the cruiser for possession of narcotics.

During the investigation of the male identified as Tyler Adams. Police observed a female through the open front door of 153 W. High St. who was sitting up against a dryer unit. The female also appeared unconscious as she was slumped over and her head was hanging to the right of her body. The female who woke up after Detective Farrelly banged on the door was identified as Kristi Lemaster.

A search warrant was signed shortly afterward by the local judge and found inside the home with a 4-year-old and an 11-year-old were pills, a small glass jar of crystal rock substance believed to be meth, and other drug paraphernalia commonly used for the administration of dangerous drugs. Det. Farrelly tested and weighed the found narcotics at CPD, where it was discovered that Tyler was in possession of 93 grams of fentanyl and methamphetamine, per the MX 908 machine. Det. Farrelly tested 6 brown capsules, 3.79 grams total, which contained methamphetamine, and the crystal rock in the glass jar was also positive for methamphetamine.

05g of white substance on foil

6 capsules with brown powder in them total of 3.79g

68 capsules with brown powder in them

description Misc. pill bottles with pills in them

Red Bull can with hidden compartment

Glass jar that had .60g of white substnace in it

Rocks and stones from safe

Lemaster was charged with Trafficking in drugs I, II, Possession of Drugs III, IV (2 counts), Possession of Criminal Tools, and Endangering Children (2 Counts)

CPS was requested to the scene and the children were removed from the home and placed in kinship care.

Both have appeared in Court and plead not guilty.