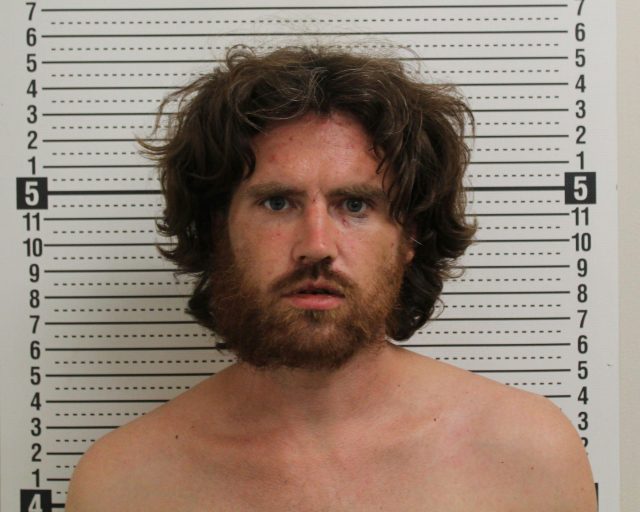 Chillicothe – A man was arrested after being accused of exposing several people himself at the local sack N save.

According to the Chillicothe police report they were dispatched to Sack’N Save in reference to a male exposing himself located on East Main Street in Chillicothe. Upon arrival police contact with a female outside who stated that a male had his pants hanging so low she could see the top of his genitals had entered the store and was walking around shirtless.

When police entered the store they found 33-year-old Kaleb Campbell shirtless walking around the grocery store drinking an open beer he had not yet paid for. The store asked the police to remove the man from the store and have him barred.

Another witness who also saw the event said that she saw the man walking towards the store and that he, “then pulled his pants down even further and she could see the top of his genitals. She stated that she was concerned because she also observed a young girl in the parking lot and went over to warn the adults that were with the little girl.”

Kaleb was then placed under arrest for indecent exposure and transported to the Ross County Jail. Kaleb will have court 7/11/22 at 9:00 am.