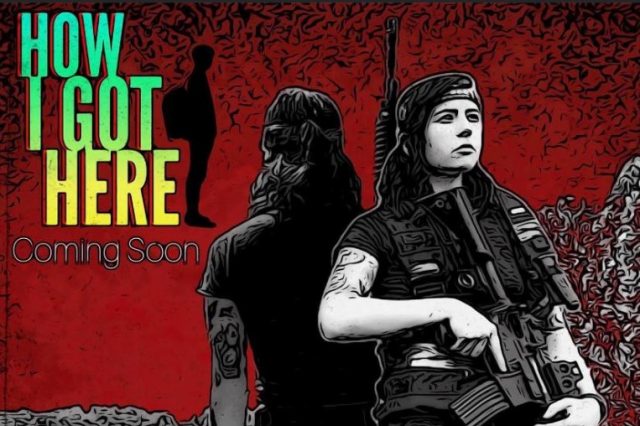 Chillicothe – A movie that sold out of its first premiere, will host another premier this weekend.

Chillicothe is known for its historic landmarks and iconic attractions. Now, the producers, actors, and Chillicothe locals, Daniel Griesheimer, Dylan Hughes, and Eric Zanni are looking forward to bringing some of Chillicothe’s beautiful scenery to the big screen in a local movie call, How I Got Here.

How I Got Here is an apocalyptic coming-of-age story that follows a young Angelo (Jace Carson), his brother Jarrod (Dylan Hughes), and a small group of survivors four months into the zombie outbreak. Angelo must learn important rules of survival alongside his adult companions if he wants to stay alive. As they journey to safety, they quickly learn that the undead aren’t the only thing they need to fear.

“I have been acting for over a decade and started making films in Chillicothe a few years after. Chillicothe has inspired me to show off the talent and beautiful scenery the city has to offer. The art community is forever growing here and I want to make sure the film and acting industry grows with it.” Griesheimer said.

Griesheimer, who is also the CEO of Ohio Creations, a Chillicothe-based film production company. Though this is not the first film produced with the help of Ohio Creations, How I Got Here has quickly become their most attention-grabbing film, with nearly two hundred eager attendees who have reserved their seats for the red carpet premiere.

Zanni, the director and co-producer of the film, stated, “The means to create a film are more accessible than ever before in cinematic history. This is an amazing time to be a filmmaker. The reality is, with enough determination and passion, you can make anything, right now. You don’t need to travel to big cities like Los Angeles or Atlanta to make a movie. You can make it right in your own hometown.”

Chillicothe has been becoming a home for many talented artists, musicians, and theater, which continues to grow each year. Hughes, the creator and producer of How I Got Here has expressed his desire to see continual growth in the creative community. “I want to bring more attention to [film] productions in our community. Chillicothe has a lot to offer for independent filmmakers and I believe it could even help create more local job opportunities within the film industry. Don’t be shocked when we return to produce another film locally.”

The movie premiered in October and sold out, now they are bringing it back to Chillicothe for a December 18th at the Majestic Theater Chillicothe. You can find the event page here: https://www.facebook.com/events/476733510956643