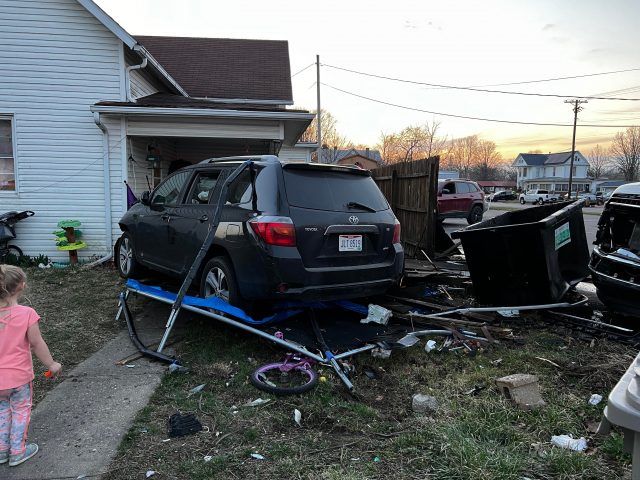 Williamsport – A car has lost control and crashed into a home in Williamsport after rear-ending another motorist.

According to the Pickaway County sheriff’s office, the Black Toyota Highlander was heading Westbound on 22 when it failed to maintain a safe distance with the white Pickup truck in front of it and hit the trailer it was hauling at high speeds. The Toyota then left the roadway on the left side of the road through a field and into another white truck parked in the Underdogs parking lot on S Cedar Street. The vehicle then collided with a dumpster and then another car parked in 103 S Cedar before hitting the home.

The driver of the Toyota identified as Timothy Brogley from Pickaway county and the driver of the white pickup truck hauling the trailer were both transported to Berger Hospital.

Pickaway Deputy said that impairment was a possible factor in the crash. The crash is still under investigation.