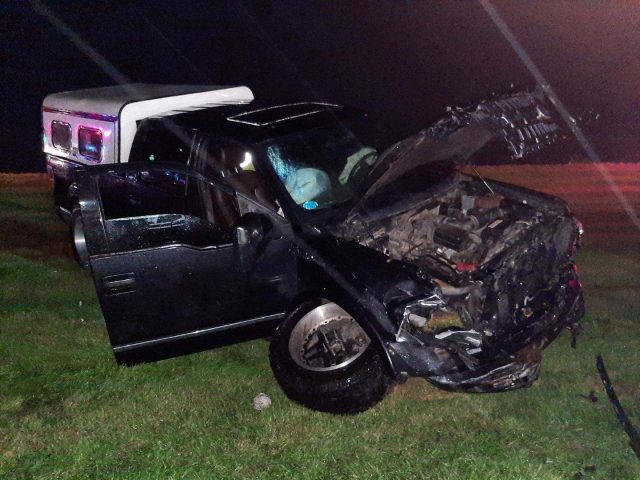 PICKAWAY – Harrison fire responded to a car vs truck crash at the intersection of US-23 and SR-762 around 6:25 pm

One injury was reported, and transported to a local hospital.

The Ohio Highway Patrol is handling the crash scene and the Pickaway County Sheriff’s Dept assisted with traffic.  Currently, the highway is open, however, tow trucks are headed to the scene and lanes may be restricted for a short time. Harrison Fire was the responding EMS/Rescue.