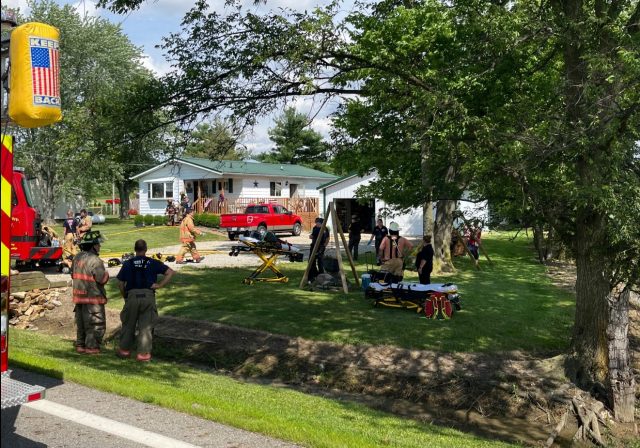 Kingston – Emergency crews were called to the scene of a structure fire in the area of 28000 block of OH-159 in Kingston around 3:15 pm on Sunday.

According to the Pickaway Township fire department when they arrived they saw smoke coming from the single-story structure. Muliple area fire departments were called for mutual aid, including tanker trucks because of the rural area. Command was established and two crews (E201, E202) made entry into the house. A primary search was completed and the fire was extinguished. The house was saved with localized damage to the kitchen, living room and basement.

One resident did receive some minor injuries in the fire, Red Cross was called to the scene to help locate the two residents’ housing.

Along with Pickaway Township fire