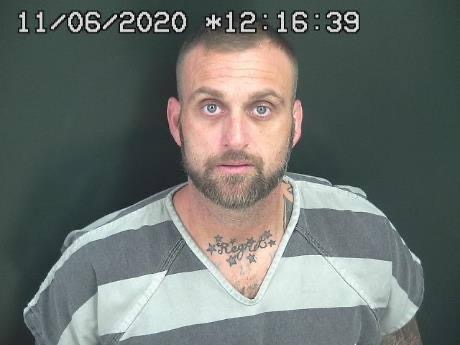 Brown County – Brown county is reporting a escape of a inmate and are currently searching for his whereabouts.

According to sheriffs office on December 29, 2020, at approximately 6:55 PM, Inmate Hobert Roark with a date of birth of 01/11/1980 escaped from the Brown County Jail. Inmate Roark escaped by damaging a security window which provided him a point of egress to flee through an impound lot. A search of the area of the escape involving multiple law enforcement agencies, canine, and aviation assets was conducted but Inmate Roark was not located.

This is not the first time Roark has escaped in the last few months he was recently found after escaping in Portsmouth on November 18, 2020, at approximately 4:12 PM, Hobert Roark with a date of birth of 01/11/1980 who had escaped from the Brown County Jail was arrested without incident by the Portsmouth Police Department. Hobert Roark was arrested at the Goodwill Store located on 12th Street in Portsmouth, Ohio.

Inmate Roark was being held on multiple charges that included Burglary, Grand Theft, Receiving Stolen Property, Failure to Comply with a Police Officer and Possession of Firearms under Disability, and Escape.

The Brown County Sheriff’s Office will be filing an Escape charge against Hobert Roark. Anyone with information concerning the possible location of Hobert Roark is asked to contact the Detective Sergeant Quinn Carlson at (937) 378-4435 extension 130.