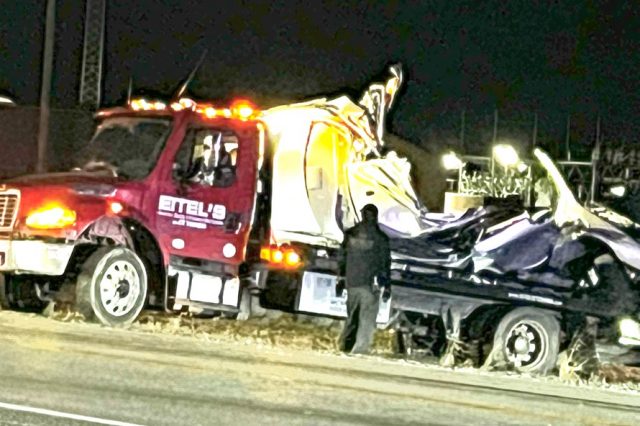 PICKAWAY – Pickaway Firefighters rushed to aid a man after crashing across the street from the fire department on Thursday night, but they were not able to save him

Around 11:15 pm on Thursday night Pickaway Township firefighters who were inside the fire department heard a crash just outside the fire department located on 579 Tarlton road. When they came outside they found a dark Ford 500 car had left the roadway and hit a telephone pole on the opposite side of the roadway from the station. They rushed in for help while calling for mutual aid from Circleville fire, Green Township, and the Tarlton fire department. They reported the driver was entrapped and would need extrication.

Rescue efforts turn into recovery efforts quickly when firefighters reported that the man had passed away from the injuries in the crash.

The road was shut down in the area, Ohio state highway patrol along with the Pickaway sheriff launched an investigation to the cause of the single-vehicle crash.

According to the Pickaway county sheriff’s department, the investigation is ongoing but speed was said to be a contributing factor, the driver did not have a seat belt on when he crashed. It was unknown at this time if alcohol/drugs were a factor in the crash. We will release more information when it becomes available.