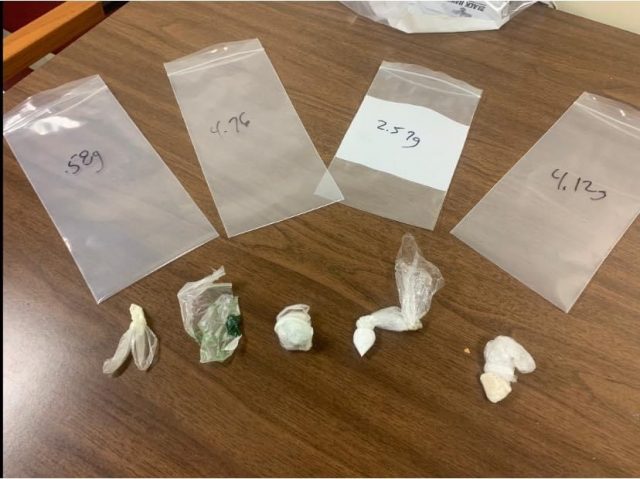 CIRCLEVILLE – On March 8, 2022, the Circleville Police Department assisted by Municipal Court Probation conducted a Search Warrant at 124 Gayle Court in the city.   Officers had received complaints about the residence as well as investigated the sales of narcotics from the home.

During the search officers uncovered Methamphetamine and Fentanyl. Charges and arrests are pending due to an ongoing investigation.   The dangers of Fentanyl today are a serious concern not just for the City of Circleville but for cities and communities everywhere. One substance located today has a nickname of “Gray Death” due to the amount of overdose deaths it has caused along with its greyish color.

Fentanyl and Fentanyl related compounds have become more prevalent in our community and are causing numerous overdoses and overdose deaths recently. The Circleville Police Department is asking the community for assistance to combat the drug epidemic in our community and to report any drug activity in your area by calling 740-477-drug (3784) or emailing [email protected]