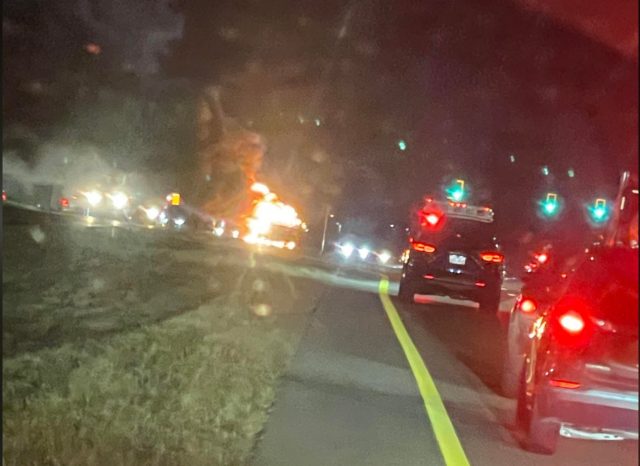 Pickaway – One person is injured and was pulled from a vehicle that was on fire on US-23 around 6:15 pm on Friday after a two-car crash.

According to early reports, someone pulled a person from a vehicle that was on fire in the area of US-23 and Sperry road after a crash.

According to witnesses on the scene, several people who saw the crash ran to the aid of the driver of the truck that caught fire. One person beat on the window until they were able to make access the vehicle and several people pulled the man to safety.

The roadway is now shut down a vehicle is fully engulfed and several emergency crews are on the scene.\

Emergency crews are on the scene now please avoid the area. Currently unknown the number of injuries.