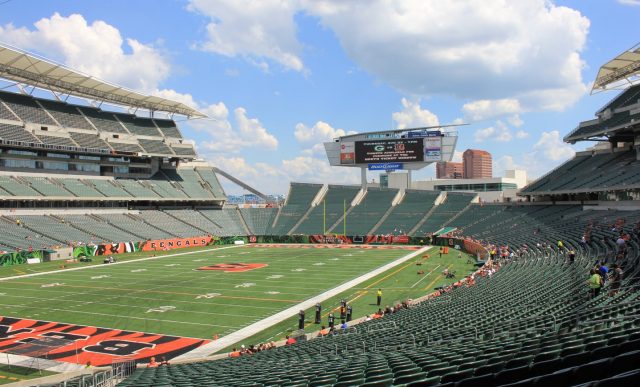 Cincinnati – The home of the Cincinnati Bengals is now Paycor Stadium after the team expanded naming rights to the stadium last season.

The home was originally named after Paul Brown, one of football’s most influential coaches and founder of the Bengals.

“Through a strategic partnership with our hometown team, the Cincinnati Bengals, we are beyond thrilled to introduce Paycor Stadium to the world,” said Raul Villar Jr., Chief Executive Officer of Paycor. “As Paycor continues to grow and reach customers throughout the U.S., our mission of empowering leaders to build winning teams perfectly aligns with the defending AFC Champions. As longtime fans, this is a big point of employee pride and we are honored to support our local team and build on the legacy of Paul Brown.”

In a release Paycor, a leading human capital management (HCM) company, is a cornerstone partner of the Bengals, and has served as the team’s official and exclusive HR software provider since 2018. Paycor has been headquartered in Cincinnati for over 30 years and recently celebrated one year as a public company following a July 2021 IPO. The naming rights agreement, in which Paycor was represented by Excel Sports Management’s Brand Marketing division, leverages America’s most popular sport to promote Paycor’s HCM services to a broader audience as the company continues to grow.

“This is a move that I think my father would have agreed to. He was always for what is best for the football team,” said Bengals President Mike Brown. “This partnership allows the Bengals to continue to compete at the highest level in the NFL and exemplifies our long-term commitment to the community.”

“It was important to find a naming rights partner that strongly aligns with the Bengals brand,” said Bengals Executive Vice President Katie Blackburn. “Paycor is a local company on the rise that shares our commitment to building winning teams. We are proud to support Paycor’s growth and strengthen the Cincinnati business community with this partnership.”