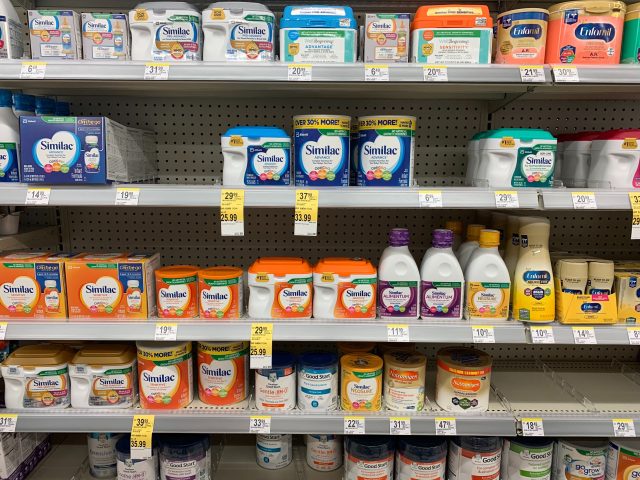 OHIO – U.S. Food and Drug Administration announced it is investigating consumer complaints of Cronobacter sakazakii and Salmonella Newport infections. All of the cases are reported to have consumed powdered infant formula produced from Abbott Nutrition’s Sturgis, Michigan facility.

In an ongoing investigation, the FDA is recalling and alerting customers to avoid purchasing certain powdered infant formula from this facility.

The FDA is advising consumers not to use Similac, Alimentum, or EleCare powdered infant formulas if:

This formula is in the Southern Ohio area, as one parent has already reported having had this formula in cupboards and has a child that is already possibly sick from this.

The FDA is investigating complaints of four infant illnesses from three states. All four cases related to these complaints were hospitalized and Cronobacter may have contributed to a death in one case. The FDA has initiated an onsite inspection at the facility. Findings to date include several positive Cronobacter sakazakii results from environmental samples taken by the FDA and adverse inspectional observations by the FDA investigators. A review of the firm’s internal records also indicate environmental contamination with Cronobacter sakazakii and the firm’s destruction of product due to the presence of Cronobacter.

“As this is a product used as the sole source of nutrition for many of our nation’s newborns and infants, the FDA is deeply concerned about these reports of bacterial infections,” said Frank Yiannas, FDA Deputy Commissioner for Food Policy and Response. “We want to reassure the public that we’re working diligently with our partners to investigate complaints related to these products, which we recognize include infant formula produced at this facility, while we work to resolve this safety concern as quickly as possible.”