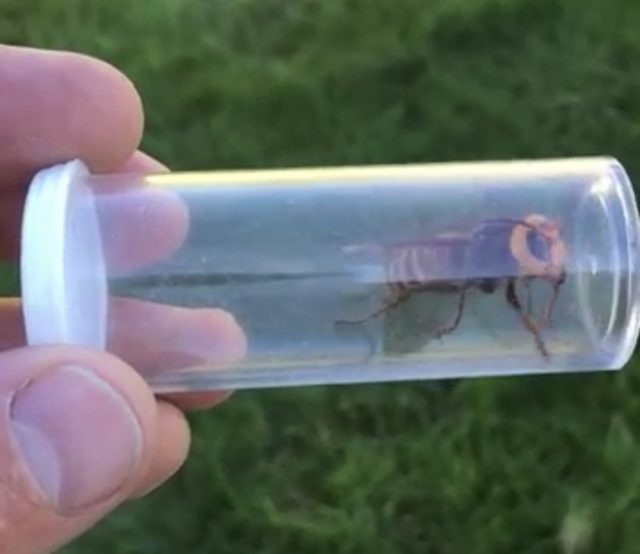 BLAINE – After weeks of trapping and searching, Washington State Department of Agriculture (WSDA) entomologists have located an Asian giant hornet nest on a property in Blaine – the first ever such nest found in the U.S.

The agency plans to attempt an eradication of the nest on Saturday, Oct. 24. Initial plans to eliminate the nest today have been tabled due to the inclement weather.

The successful detection of a nest comes after a WSDA trapper collected two live Asian giant hornets on Oct. 21, caught in a new type of trap the agency had placed in the area. Two more hornets, also living, were found in another trap the morning of Oct. 22 when WSDA staff arrived in the area to tag the previously trapped hornets with radio trackers and follow one back to its nest.

The entomologists were able to attach radio trackers to three hornets, the second of which lead them to the discovery of the nest, found about 4 p.m. on Oct. 22.

The nest is inside the cavity of a tree located on private property near an area cleared for a residential home. While Asian giant hornets normally nest in the ground, they are occasionally found nesting in dead trees. Dozens of the hornets were seen entering and exiting the tree while the WSDA team was present.

The property owner has already provided permission for WSDA staff to eradicate the nest and remove the tree, if necessary.

WSDA has been actively searching for Asian giant hornet nests since the first such hornets were caught earlier this year. The first confirmed detection of an Asian giant hornet in Washington was made in December 2019 and the first hornet trapped in July of this year. Several more were subsequently caught, all in Whatcom County.

Using a network of traps, some set by WSDA staff and hundreds more placed by citizen scientists and other cooperators throughout the state, the entomologists have been diligently tracking sightings of the Asian giant hornet in an ongoing effort to find nests to eliminate them. 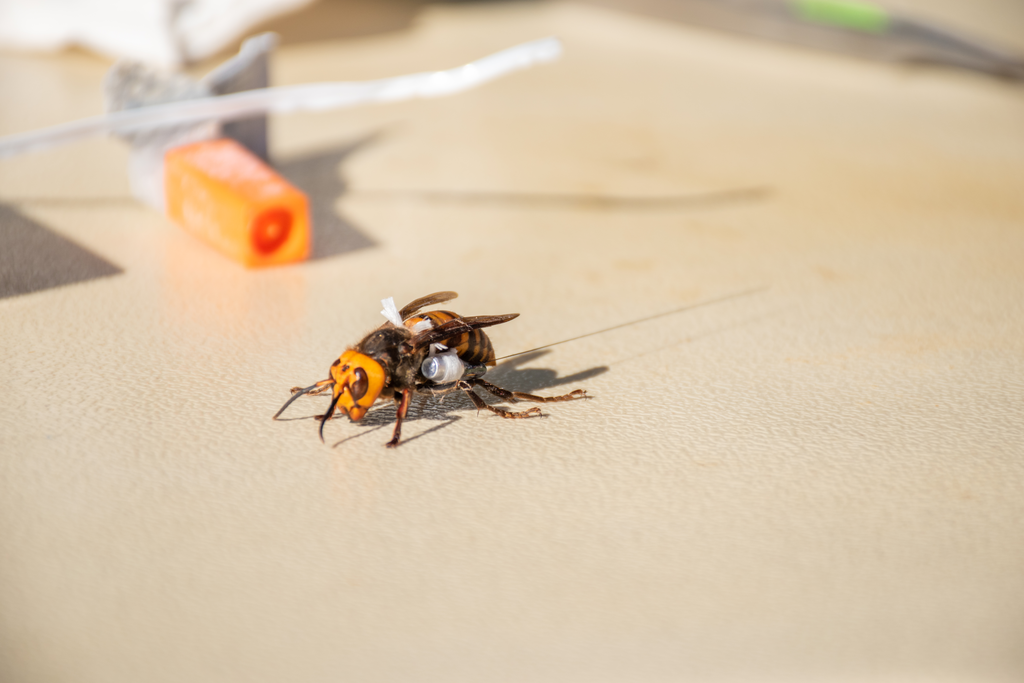 Asian giant hornets, an invasive pest not native to the U.S., are the world’s largest hornet and a predator of honey bees and other insects. A small group of Asian giant hornets can kill an entire honey bee hive in a matter of hours.