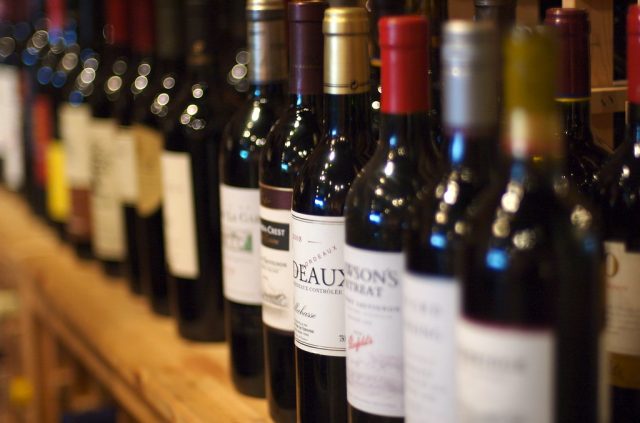 (COLUMBUS, Ohio) – As part of one of the first-ever lawsuits centering on the 21stAmendment, Ohio Attorney General Dave Yost today filed for a preliminary injunction to immediately stop the flow of illegal liquor shipments into the state.

A monthlong investigation initiated by the Ohio Attorney General’s Office determined that multiple out-of-state providers of wine and spirits have been circumventing Ohio law that prohibits the shipment of such products directly to consumers.

The law is designed to help the state control the sale of alcohol to minors, ensure payment of all appropriate taxes and protect Ohio liquor businesses from illegal competition from out-of-state alcohol distributors.

“These distributors are flagrantly skirting the law and keeping Ohio from collecting tax money it is entitled to,” Yost said. “We’re not talking nickels and dimes here. The tax revenue lost due to online liquor sales could be anywhere from tens of thousands to millions of dollars.”

Throughout May, investigators using pseudonyms confirmed a multitude of direct-to-consumer sales by companies such as Wine.com, Winc, Wine Country Gift Baskets and Ace Spirits.

“There are tens of thousands of retail stores to buy wine in Ohio – including independently owned grocery stores, drugstores, gas stations, bars and restaurants – that support local communities, comply with alcohol laws and pay their taxes,” said Casey Forbes, who is the owner of Vintage Wine Distributors.

“It costs all these businesses jobs and the local communities tax revenue when out-of-state companies are permitted to disregard the law without consequence. I am hopeful that the attorney general’s action will put an end to the illegal and harmful trade in alcoholic beverages coming into our state.”

“Free markets have rules to protect buyers and sellers and promote competition,” Yost said. “These scofflaws are gaining a competitive advantage by not paying taxes that their home-grown Ohio competitors must.”

Shipping data reported to the Division of Liquor Control showed that, in 2019, Wine.com directly shipped about 24,000 packages of wine to Ohio consumers and Winc, about 13,000. Those two companies alone delivered nearly 700,000 pounds – or 350 tons – of wine shipments to the state, all without paying Ohio taxes.

Pete Minotti, owner of Minotti Wine & Spirits in the Cleveland suburb of Fairview Park, Ohio, says the illegal shipments into the state are hurting his family business

“Customers will come in to my store and try to negotiate prices (below state minimums) to what they see online,” he said. “I don’t blame customers for trying to get a good price, but these out-of-state companies need to follow Ohio law.”

The injunction sought by the attorney general’s office is among one of the first to ever invoke the U.S. Constitution’s 21st Amendment, which uniquely empowers each state to regulate the importation or transportation of liquor into its boundaries. Under the Constitution’s Enforcement Act, a state attorney general may bring a civil action in federal court to prohibit violations of state laws regarding the transportation and importation of intoxicating liquor.

“The state of Ohio will suffer irreparable harm if Wine.com, Winc, Wine Country Gift Baskets and Ace Spirits continue to violate Ohio liquor laws,” the attorney general’s complaint reads. “The continued violations will threaten Ohio’s ability to effectively monitor and regulate the importation of intoxicating liquor into the state. The continued violations will also hinder the state’s ability to assess and collect excise and sales taxes on the wine sold, thereby depriving the state of revenue.”

The lost revenue is something Ohio can ill-afford, Yost said, particularly in these challenging economic times.

“There is a laundry list of things in Ohio this money could be used toward. In a tight budget year, I want to ensure that money is used in Ohio for Ohioans.”