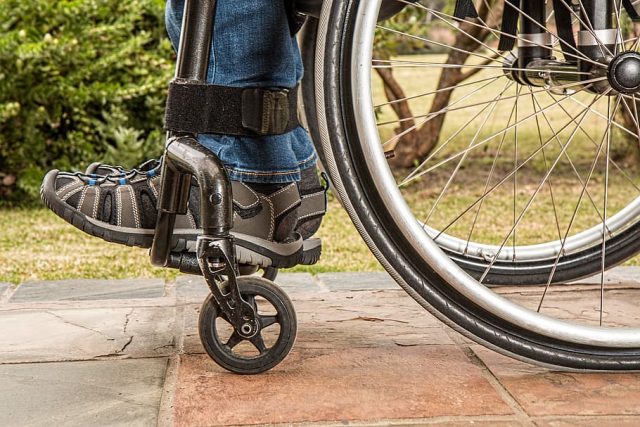 COLUMBUS, OHIO – After two years of advocacy from Ohioans with disabilities and dozens of disability, aging and victim advocacy organizations, Gov. DeWine has signed the Mental Health and Disability Terminology Act (HB 281). The Act changes harmful and derogatory language about people with disabilities that had been written into the Ohio Revised Code. These include such words as “idiot,” “deaf and dumb,” “mentally retarded,” “lunatics,” “mental defective,” “crippled child/children,” “derangement” and “handicapped.”

The effort to make these important changes began in January 2021 when 26 organizations, led by the Adult Advocacy Centers (AACs), sent a letter to all members of the Ohio legislature, asking them to take action. Shortly thereafter, Rep. Dontavius Jarrells (D-Columbus) and Rep. Tom Young (R-Dayton) introduced HB 281, co-sponsored by dozens of legislators from both sides of the aisle, including Senator Stephanie Kunze. Ohioans with disabilities and their allies made phone calls, wrote letters and testified in hearings about the pain of seeing such harmful words in state law. Ultimately, the state legislature supported the effort by passing the bill in December.

“The AACs are so thankful to the many advocates, organizations and legislators who worked tirelessly to ensure this bill made it to Gov. DeWine’s desk,” says Katherine Yoder, Executive Director of the AACs. “We are grateful that he signed it and thrilled that respect for individuals with disabilities is now reflected in the language of the laws that govern us in Ohio. We also want to give a heartfelt thanks to Reps. Jarrells and Young and the Ohio House and Senate Health Committees for taking up the effort that ultimately led to this success.”