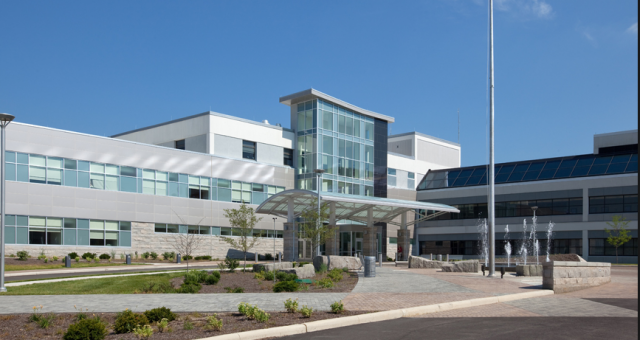 CHILLICOTHE, OH (Jan. 19, 2022) – A new, minimally invasive procedure now being offered by Adena Health System is providing a breath of fresh air in the treatment of patients suffering from emphysema and COPD.

“We’ve actually been talking about doing this type of procedure for at least a year,” said Adena Pulmonology, Critical Care and Sleep Associates’ Dr. Haval Saadlla, who performed the Health System’s first Zephyr Valve surgery in December. “We wanted to make sure we had every single piece of the puzzle in place before we did it.”

The procedure is the latest evolution in the treatment of patients with emphysema and COPD, conditions involving damaged portions of the lungs that have lost the ability to release trapped air, resulting in hyperinflation of the lungs that impacts breathing. Prior to the arrival of Zephyr Valve treatments, those suffering from severe cases would have to undergo a lung volume reduction surgery to remove the portion of the lung causing the hyperinflation.

A minimally invasive option to treat patients became available in June of 2018 when the Food and Drug Administration approved the Zephyr Endobronchial Valve System. Under this procedure, a physician uses a bronchoscope to place the small Zephyr Valves in the airways within the lungs. The one-way valves release the trapped air and prevent more air from becoming trapped there, allowing the healthy areas in the lung to expand and taking pressure off the diaphragm, improving the patient’s breathing.

As the procedure began to grow in popularity, Adena began putting the pieces in place to offer it close to home for patients in the communities the Health System serves. Dr. Saadlla became comfortable with the procedure and spent a lot of time with physicians who had collected a great deal of experience performing it. Meanwhile, training and education was provided to members of the team who would be involved in some way across the board, including admissions staff, the endoscopy team, patient educators, nurses and respiratory therapists.

Once the entire team was ready, the stage was set in December for the first Adena patient to benefit from the procedure, which she called her “Christmas miracle.”

Dr. Saadlla said patients who have been aware of the existence of the procedure had been asking when Adena would begin offering it. The benefits to those patients of bringing it close to home are numerous, he said.

Because it requires a three-day hospital stay under FDA regulations to, among other things, monitor for any complications following the surgery, having the procedure performed close to home is not only more convenient for the patient, but also for any family members.

“Then, there’s the patient/physician relationship,” Dr. Saadlla said. “These are patients who we know and they know us and we have built trust rather than them having to go someplace else and have a completely different physician do the procedure for them.”

The Zephyr Valves, once put in place, should last a lifetime. The only need to do anything further, Dr. Saadlla said, would involve any issue with one of them moving or if, for instance, one lobe is treated and then, over time, another location in the lungs was to have troubles requiring additional valve placement.

When the first surgery took place, Dr. Saadlla was the only Adena physician who had performed the procedure, but Dr. Rakesh Vadde has been working up patients in order to join Dr. Saadlla in offering it.

Patients looking to schedule an appointment or learn more about the procedure may contact Adena Pulmonology, Critical Care and Sleep Associates at 740-779-8702.