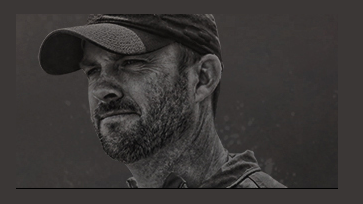 The Cincinnati Bengals finally ended the Marvin Lewis era at the end of the 2018 season, when they fired him and hired former Los Angeles Rams quarterback coach Zac Taylor to lead the team going forward. Hiring from the Sean McVay coaching tree, the Bengals are hoping that choosing to pick a coach from the league’s trendiest lineage will result in an improvement in 2019.

Hiring Taylor to be the team’s next coach is a bit of a risk, in that he was an offensive assistant in a coaching staff where the head coach was the one running the offense. By nature, that means that Taylor didn’t have as much of an impact as he would have if he was helping the offense for a coach that preferred to focus on the defense.

Then there is the fact that the Bengals hired a coach who was in charge of a quarterback room that wasn’t as good as the rest of the Rams offense. Jared Goff was the weak link of the Rams offense, and took the blame for the team’s failure to get off the ground in Super Bowl LIII. Todd Gurley’s injuries late in the season may have dampened the impact of the offense as well, but Goff wasn’t the most gleaming endorsement for Taylor as a head coach.

Early returns for Taylor’s tenure as the team’s head coach have seen the team struggle to hire a defensive coordinator. Taylor has said that he isn’t worried about the lack of acceptance for the position. And while that mentality wouldn’t be necessary if the team was able to get one of their preferred candidates to sign on, it is also a mentality that is necessary to succeed in the NFL.

Football is an endeavor that requires teams, players, and coaches to get used to things not going their way. Whether it is a possession that resulted in a turnover or an injury forcing teams to go to a backup plan, Taylor acknowledging that the team isn’t always going to get what it wants in every situation is a resilient attitude that he can hopefully pass onto the rest of the team.

Cincinnati isn’t considered a favorite to turn things around in Taylor’s first year as the team’s head coach. Early 2019 NFL betting odds from bet365 indicate that the Bengals are at +12500 to win Super Bowl LIV, which sees them tied as the biggest longshot to claim the title in the upcoming season. But Taylor seems equipped to change the team’s culture from one that has folded under pressure to one that can rise in the face of that pressure to play their best.

Regardless of how the Bengals perform in 2019, they are in for a change both in terms of the person in charge of the team and the culture stemming from that leader. Zac Taylor looks poised to improve the mentality of the Bengals, which should make this hire from the Sean McVay coaching tree a positive one in the short term, and possibly the long term as well.