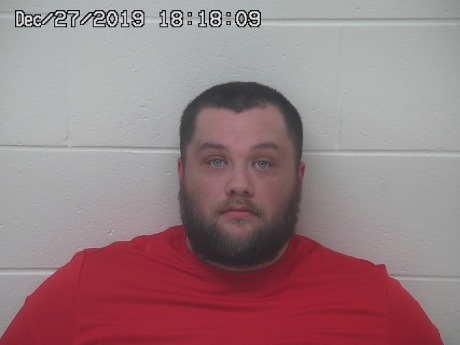 SCIOTO –  On Friday December 27, 2019 Scioto County Sheriff received a call from a mother stating that her daughter under the age of 10 had reported that she had been sexually assaulted.

Police reported that a detective met with the victim and her mother to get information for a report that resulted in the victim being transported to Adena Medical Center in Chillicothe Ohio were she was treated, which included a sexual assault evidence kit being collected then she was later released.

Captain John Murphy stated that during the investigation the detective was able to determine that the alleged suspect was at work and had left and was on his way home. A description of his vehicle was given out to the deputies for them to be on the lookout for the suspect.

The suspect heard that they were looking for him and decided to turn himself into police, he called 911 and said he would peacefully surrender and did so.

Joseph Dillon Blevins age 27 of 237 Noel Lane Apt 316 F West Portsmouth Ohio was arrested.  Blevins has been charged with 3 counts of rape a felony of the 1st degree and is currently being held in the Scioto County jail on a $300,000.00 bond and will appear in Portsmouth Municipal Court on Monday December 30, 2019.

The Sheriff said that more charges could be possible and that the investigation is ongoing. Anyone with information should contact Detective Jodi Conkel @ 740-351-1091.