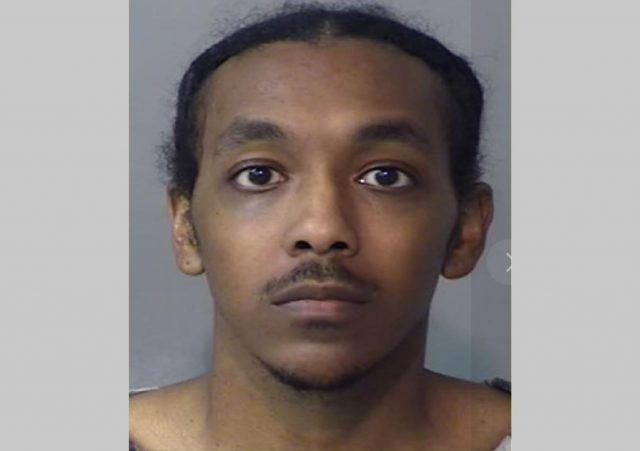 JACKSON, OHIO—An online relationship led a 27-year-old man to fly across the country to meet a Jackson area teen. His visit with the teen ended abruptly when their family discovered the man in the home. The man, identified as Kameron E. Tolbert, of Peoria, Arizona, is now incarcerated at the Jackson County Correctional Facility.

Jackson County Sheriff Tedd E. Frazier’s Deputies were notified on August 22, that a man had fled from a bedroom window, breaking it. The man was suspected to have had a sexual encounter with a juvenile, who resides in the home.

During the investigation, Deputies were able to identify the suspect’s vehicle. Deputies then were in contact with Jackson High School staff on August 23 reporting that they were looking for Tolbert, since he fled the prior night. A short time later, JHS staff reported that the identified vehicle, a 2022 White Toyota Rav4, was in the High School parking lot. A deputy serving as a School Resource Officer was able to detain Tolbert and take him into custody without incident.

During questioning, Tolbert admitted that he met the juvenile online approximately 6 months ago. The pair communicated via social media platforms identified as Discord and Google Photos. He said he flew to a Columbus Airport in the early morning hours of August 20, with the intent to come to Jackson to meet the teen in person. He also admitted to having sexual intercourse with them.

Tolbert has been charged with Unlawful Sexual Conduct with a Minor, a third-degree felony. Tolbert may face additional charged pending the review of the case by the Jackson County Prosecutor’s Office. He is currently incarcerated in the Jackson County Correctional Facility. He is scheduled for a hearing in Jackson County Municipal Court on Monday, September 29 at 9 a.m.

“We appreciate the vigilance of the Jackson High School in their assistance in apprehending the suspect,” Sheriff Frazier said.

“An online relationship can turn into a dangerous personal meeting. I encourage parents to monitor their child’s online activity and warn them of the dangers of online predators,” said Sheriff Frazier.

To protect the identity of the juvenile victim, no personal information is being released in this matter.