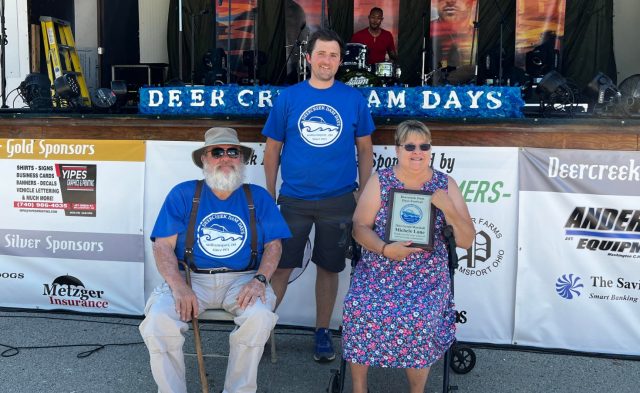 WILLIAMSPORT – A woman who served the community for eight years on the festival committee was awarded Grand Marshall yesterday.

Michelle Lane who was presented the award on Saturday says that she presented many Grand Marshall awards in her years on the committee.

“Well, I think it’s an important position to have as a Grand Marshal. It just felt good celebrating the people that gave back to the community through this festival. I wish I wish I would have continued to be able to work longer than 2017, but health issues got in the way.”

Lane was on the commitee2009- 2017 mostly as the Queen Coordinator, she traveled to over 50 festivals and attended several OFEA conventions. She has lived in Williamsport since 1979. married to Doug Lane for 40 years. They have 5 children one was the 2009 Deercreek Dam Days Queen.