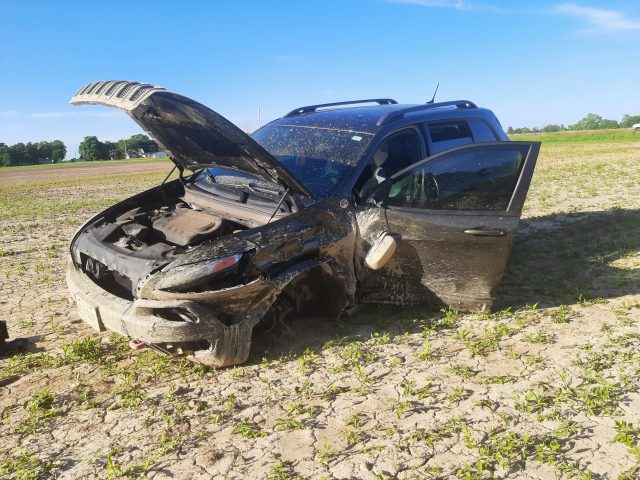 A two-vehicle crash occurred on OH-762 at Matville Rd in Scioto Township around 5:30 pm. Traffic was restricted for a short time after a 2003 Ford F-150 traveling North on Matville Rd failed to stop at a stop sign, causing the crash with a 2014 Jeep Cherokee that was traveling West on 762. The Ford came to rest on the roadway stopping traffic in the area, the Jeep lost the front driver side tire and rolled disabled into an adjacent farm field. Both vehicles are most likely a total loss due to the amount of damage.

The driver of the truck was cited for Failure to yield. The Pickaway County Sheriff’s Dept and Scioto Twp responded to the scene. Suprisingly No injuries were reported.