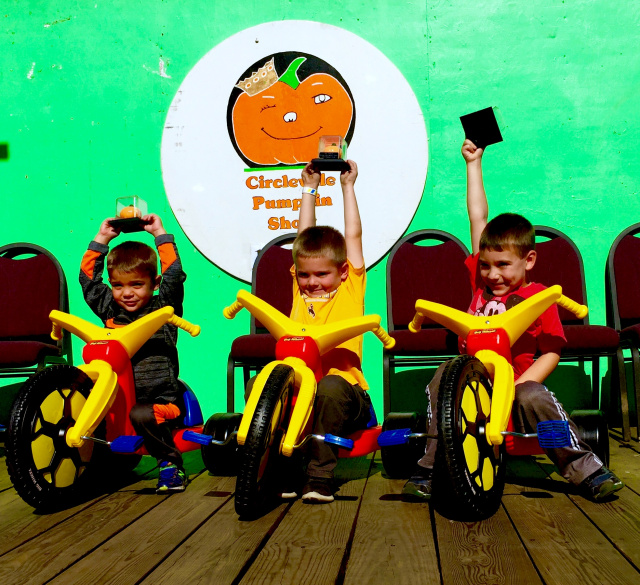 CIRCLEVILLE – On your mark, get ready go!  Mayor Don Mcllroy blew the whistle and fourty four young drivers ages four and five raced to the finish in a timed Big Wheel race.  Sponsored by the Circleville Noon Rotary Club, Big Wheel race was established in 1976 and has been annual ever since.  Big Wheels were invented in 1969, and was a very popular toy in the 1970’s.  “Harder to find Big Wheels now, what a terrific day for a Big Wheel Race,” said Jim Hooks Big Wheel Race Chair of the Circleville Noon Rotary Club.

“On behalf of the Circleville Noon Rotary Club, I would like to sincerely thank the racers, parents, street liners, and volunteers who helped make our 41st annual Big Wheel Race a resounding success. In all of my years watching the race, this is the first time I have seen a Brinks truck try to compete!  Once we got that out of the way, we all enjoyed a fantastic race. See you all next year,” said Hooks. 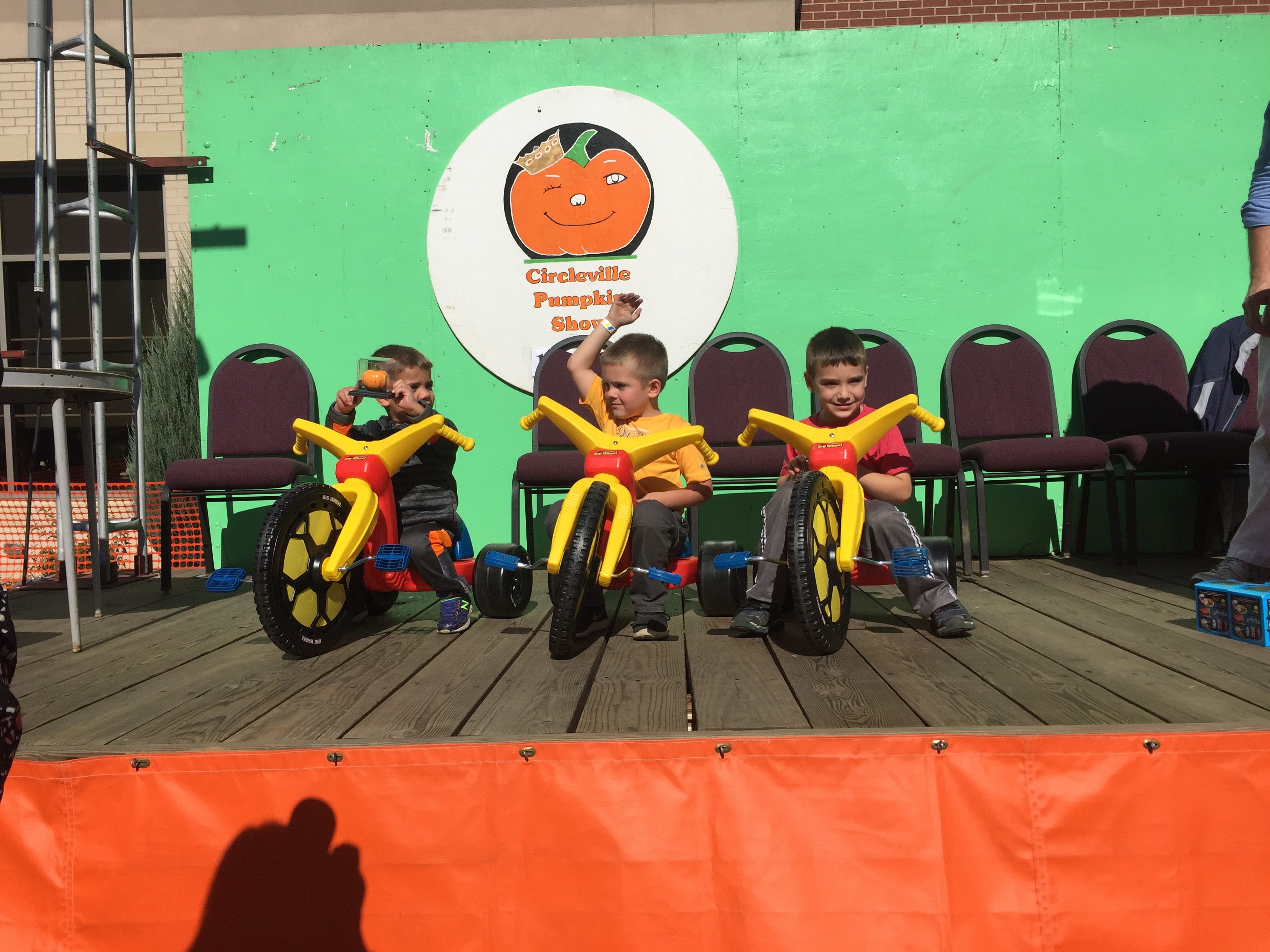